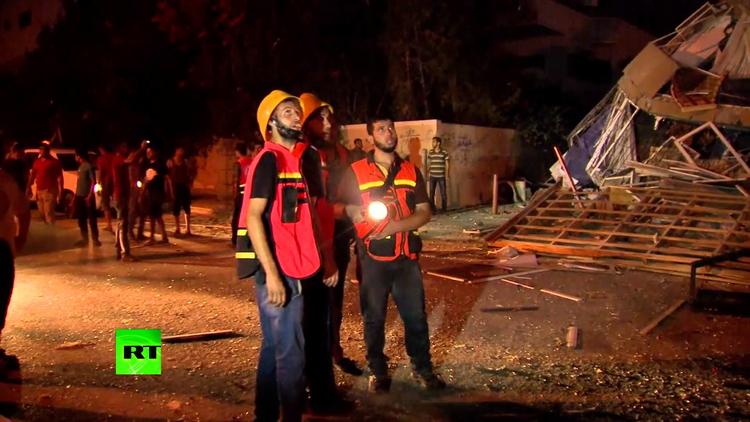 BETHLEHEM (Ma’an) — An overwhelming majority of Gaza residents support a long-term truce with Israel and oppose the disarmament of the Palestinian resistance, a poll released on Saturday showed.

The poll, which surveyed 1,000 Palestinians in Gaza from Aug. 14-19 and was conducted by the Palestinian Center for Public Opinion, also found that a vast majority opposed the Islamic State militant group in Iraq and Syria, which Israeli leaders have claimed maintains support in Gaza.

More than 90 percent of Gazans surveyed thought that resistance was either “well prepared” or “somewhat prepared” for the Israeli assault, and more than 93 percent opposed the disarmament of Palestinian militant groups, which Israel has said is a condition of any long-term truce.

At the same time, despite an Israeli assault that has killed more than 2,100 Palestinians — overwhelmingly civilians — in the last six weeks, nearly 88 percent of those surveyed also supported a long-term truce, and another 10 percent supported an unspecified “medium-term” truce.

80 percent rated US President Barack Obama’s stance on the conflict, which has been decidedly pro-Israel, as “negative,” while 65 percent said they were “very” or “fairly” content with Egypt’s role as a mediator in indirect talks between Israel and the Palestinians.

More than 80 percent, meanwhile, were in favor of International Criminal Court intervention against Israel for prosecution for war crimes committed during the offensive.

The poll also surveyed opinions in Gaza regarding the Syria-based Wahhabi militant group Islamic State, previously known as the Islamic State of Iraq and the Levant, which Israeli leaders have repeatedly referenced in their offensive against Hamas.

More than 85 percent of Gazans surveyed, however, said they oppose the group.