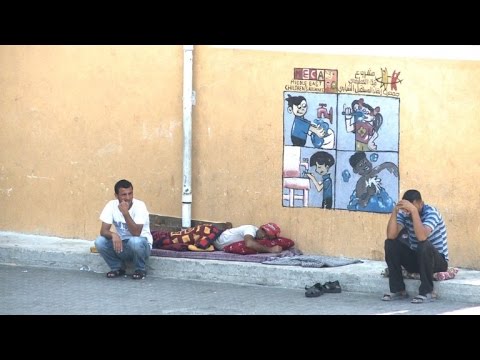 After the breakdown in the six-day “pause” to permit negotiations on a long-term Israeli-Palestinian ceasefire and the resumption of Israel’s onslaught against the caged people of Gaza, concerned people everywhere are wondering how the conflicting demands of the two sides can possibly be reconciled.

Each side feels a compelling need to achieve some gain to justify its sacrifices — on the Palestinian side, over 2,000 dead, over 10,000 wounded and massive destruction of homes and infrastructure and, on the Israeli side, 64 dead soldiers and two dead civilians — and not to agree to anything that its own people could view as accepting failure or defeat.

Considering the reasonableness or unreasonableness of the respective demands may assist any foreign governments which are genuinely interested in ending the infernal cycle of violence and making progress toward a durable peace with some measure of justice to decide which side they should be seeking to convince or compel to be reasonable.

Is it unreasonable to demand, as Palestine does, that residents of Gaza be permitted to leave their cage; to build a proper port; to rebuild their airport (destroyed by Israel in 2002); to farm their fields, even within three kilometers of their border with Israel; to fish their waters more than three nautical miles offshore; to export their produce and to import basic necessities?

Additionally, is it unreasonable to demand that the 61 Palestinians released in the Shalit prison swap and effectively kidnapped by Israel soon after the kidnapping in the West Bank of three young settlers be re-released?

This is all that Palestine has been demanding. To what other people could such modest demands be denied, as they have been throughout seven years of siege and blockade?

On the other hand, is it reasonable to demand, as Israel does, that, prior to any definitive agreement ending the occupation, Gaza be completely “demilitarized,” thereby stripping its people of any means of resisting their 47-year-long occupation (a right of resistance to foreign occupation being recognized by international law) or even of reminding a world which has preferred to ignore them of their miserable existence.

A high degree of “demilitarization” of the State of Palestine might well be agreed to in a definitive agreement ending the occupation, since Palestinians would not wish to give Israel any future excuse to re-invade and re-occupy Palestine, but what is needed now is not acquiescence in the occupation but the end of the occupation.

For the Israeli government, the best result that it can now realistically hope for is to maintain the status quo ante (including the siege of Gaza) and to again get away with murder, and, with Western powers exerting enormous pressures on Palestine not to join the International Criminal Court or otherwise seek recourse to international law to protect the Palestinian people, Israel should be able to achieve this simply by not agreeing to anything with the Palestinians.

Such a result would clearly be unjust and unsatisfactory for Palestine and ensure yet another round of death and destruction in the near future.

Only serious and principled outside pressure on Israel to accede to most of the reasonable Palestinian demands, accompanied by credible threats of meaningful adverse consequences for Israeli obstinacy, would offer any hope of achieving a win-win result which could make yet another replay of this latest onslaught unlikely.

Unfortunately, with the United States, the major European states and Egypt all firmly aligned on Israel’s side, any such serious and principled pressure is difficult to imagine in the absence of some game-changing Palestinian initiative.

With a view to saving Israeli face while ending the siege of Gaza (and subsequently the occupation of the entire State of Palestine), the Palestinian leadership should publicly request the deployment of UN, US or NATO troops to both Gaza and the West Bank to protect both Israelis and Palestinians from further violence pending a full Israeli withdrawal from the occupied State of Palestine.

Neither Israelis nor Palestinians will have peace or security until the occupation ends on either a decent two-state or a democratic one-state basis, and the current round of Gaza massacres may have produced a moment when even Western governments, notwithstanding their knee-jerk pro-Israel public pronouncements, are conscious of this reality and could, if given a significant prod and incentive to act on this consciousness, actually do so.

AFP: “No school for Gaza’s children as classrooms turned into shelters”