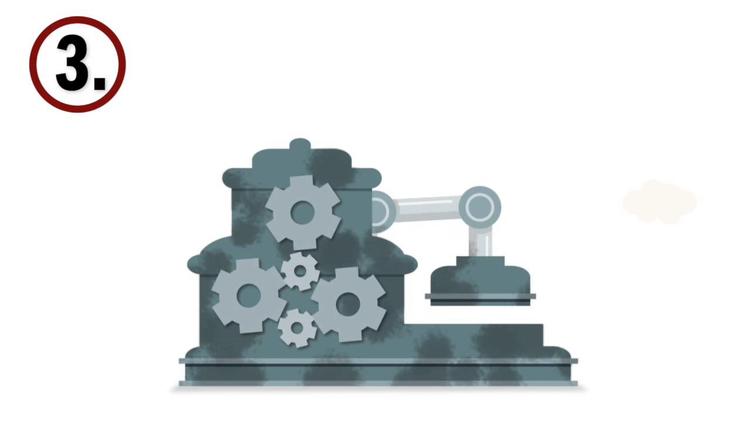 On August 5, Michigan taxpayers will be asked to vote on Proposition 1, which is being presented in commercials as a way to “help small businesses and create 15,000 new jobs … without raising taxes!”

If that sounds like a conjuring trick, it is – smoke’n’mirrors, my friends. And if you try to look behind the curtain, it becomes very, very confusing, as if the proponents of Prop 1 don’t want anyone to notice what it actually does.

Firstly it takes control of one segment of local tax bases. Takes it away from local cities and townships, and gives it to the state. Secondly, it is going to be a huge tax break for big companies in the long run, and shift even more tax burden onto working families.

But, you say, that isn’t what the ballot says it does! Of course not. You have to look at how it’s going to work.

To begin: what does Proposal 1 DO? It takes away the Use Tax, also known as the personal property tax (because it sounds more “personal”), or PPT, from businesses. (The ads say “small” businesses, but there’s no size limit.) Supposedly this will then create 15,000 new jobs.

The ads feature the sad tale of a man who bought a grinder to expand his business 48 years ago. His grandson is supposedly still paying Use Tax on the grinder. Frankly, I think that grandson ought to fire his tax preparer, because the tax code allows for depreciation of industrial property. The value of equipment goes down year by year, typically for 20 years. After 20 years the family should not be paying a nickel of tax on that grinder, if it’s even working after 48 years.

Still, isn’t the personal property tax a big burden? I spoke to half a dozen small business owners in Crawford County. They all said things like, “No, the PPT is tiny compared to the tax on the buildings.” “Our PPT is about $40 a year.”

I asked, if they didn’t have to pay the PPT, would they hire new staff? They all laughed at me. Kindly laughter, but … So much for creating new jobs.

Who’s most in favor of eliminating the PPT, a.k.a. Use tax? Politicians. (You trust all politicians, don’t you …?) Then companies like Ford Motors, Dow Chemical, Chrysler, General Motors, Kellogg Corp., Lear, Consumer’s Energy, DTE Energy. Not my idea of “small businesses,” but maybe in their own minds they’re thinking “poor little me.” In which case they’re delusional and we really ought NOT to listen to them.

How would eliminating the Use Tax help big businesses? They have big factories, big equipment and big re-tooling needs. Actually their Use Tax savings is modest right now – only equipment that costs more than $80,000 is exempted from tax. Here’s where it gets tricky: New equipment will not be taxed at all, and the exemption will be phased in, until 2023, at which time NO equipment will be subject to ANY Use Tax at all. Giant companies will save millions, over the long run.

Well, maybe big manufacturers need the Use Tax relief in order to hire more people? Not really. A company like Ford Motors is already making a fat profit, and they hire as many as they need.

Who’s pushing us to vote for Proposition 1? A shadowy group called Michigan Citizens for Strong and Safe Communities. Heard of them before? Neither have I. What I notice is that they’re spending gigantic amounts on glossy mailers and TV commercials. Where do they get the wherewithal for that? Certainly not from the Mom’n’Pop businesses I spoke to in Crawford County. And thanks to the Supreme Court ruling, groups like MCSSC don’t have to say who’s sponsoring them. Of course, we could ask: Who actually has the $$$ to support MCSSC? And who benefits? Oh, I forgot! Poor little Dow, Ford, General Motors, etc.

OK, that’s who gains. Who loses?

We do. Local communities will lose a lot of revenue. In 2011, the Senate Fiscal Agency estimated that property taxes paid on commercial property totaled over $844 million. But the State will make it up!

How? Go-o-o-o-od question. The ads claim “Without Raising Taxes!” The ads speak with forked tongue. They’re talking through their hat. It’s a Lie. Of Omission, but still a Lie.

This is where it gets fiendishly complicated. You can find out more from the (non-partisan) Citizens Research Council of Michigan: http://www.crcmich.org/PUBLICAT/2010s/2014/memo1128.html.

To help local communities cover their costs, a “share of existing use tax” will be diverted from the State’s General Fund to cities and townships. Though I have to ask: Personal Property Tax is “Use tax,” so that fund will go down anyway. Now if existing committees, agencies, etc., see yet more of their dwindling General Fund money being taken away, are they not going to fight tooth and nail to keep it? I can see communities’ “share” getting whittled down and down.

First of all there’s a cute NEW tax called the “State Essential Services Assessment.” This is a millage which will be assessed — and administered — by the State. We will not get to vote on it. This new tax will go into the General Fund to “help mitigate a portion” of what’s taken out of of the General Fund for “local reimbursement.”

So we’ll get two taxes for one, and we’re supposed to rejoice and be glad!

Incidentally, “Local” is a fib. The “Local Community Stabilization Authority” will not be anywhere in your locality, unless you live in the State Capitol. The Authority will be composed of five executives, appointed by the governor. They will work in Lansing. They will gather all the revenues allocated to local communities, and distribute them. They will get salaries. We will not get to vote on their salaries. (Notice: Their job is already being done by elected city and township officials, who know our communities and our needs.)

The Authority is supposed to allocate money for “essential services” but they’ll get to decide which local things are “essential.” After obvious stuff like schools, cops, etc., do we still get money for road repair? Youth services? Parks? Town Christmas decorations? And if the Authority doesn’t have quite as much money to spread around as is projected, do we trust them to keep our interests in mind? Hmmm??

Thirdly, the State expects to get money from a bunch of business tax credits which are due to expire. Notice: These tax credits are going to expire anyway, and the businesses will start paying tax again. So why use the extra income in an elaborate shuffle to prop up communities which are currently more or less paying for themselves, so we can shuffle benefits to Dow, Ford, etc.? Aren’t there better things to use the tax credit windfall for? Like fixing roads, helping schools with special education costs, keeping rivers and lakes clean?

The whole thing has become an enormously complex juggling act. Behind the smoke and mirrors, money is juggled away from cities and townships, and replaced by promises of “compensation.” Communities are expected to have a shortfall of around $127 million in 2016, projected to rise to $603 million in 2028.

Sorry if this blog is over-long. It’s long because Prop 1 is such an embranglement*, and in my opinion it’s all twisted and tangled because someone at the State level doesn’t want us to understand what Prop. 1 is doing.

Now the whole juggling game is up for a vote on August 5. We’re being pressured to vote for it. Even some local officials say they’ll have to vote for it, because they’ve already lost some revenue and they won’t get it back unless we vote for it.

Frankly, that’s like saying, “We robbed you this year, but we’ll give some of it back if you vote yes so we can rob you forever.”

Voter turnout is usually low for primaries. That’s why we’re getting all these expensive ads, which are supposed to convince us to support Proposition 1. What do you think?

P.S. Embranglement means what it sounds like – some sort of unholy, perplexing, tangled mess. It’s been my favorite unused word for years, and I finally found a place where it absolutely fits!

Cathy Lester grew up in the small town of Grayling, Michigan and taught English as a Foreign Language. She has lived in Alaska, Colombia, Iran, Singapore, Saudi Arabia and the U.K. Though retired from teaching, she is a free-lance writer.

Mirrored from The Travers City Record-Eagle