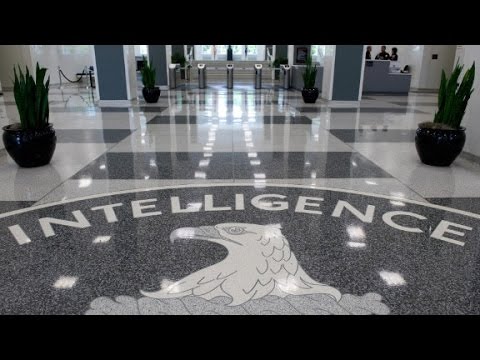 The findings of an internal investigation at the Central Intelligence Agency made available to the public on Thursday show that CIA agents did, in fact, spy on the Senate Intelligence Committee panel set up to investigate post-9/11 government torture under the Bush administration.

Lawmakers were briefed on the report by the CIA Inspector General’s Office earlier this week and the head of the agency, John Brennan, issued an in-person apology to lawmakers on Tuesday over the agency’s behavior during a meeting with Senator Dianne Feinstein (D-Calif), who chairs the Intelligence Committee, and Sen. Saxby Chambliss (R-Ala.), the committee’s vice chair.

In a statement obtained by McClatchy news, which first reported the story, CIA spokesman Dean Boyd confirmed to lawmakers “that some CIA employees acted in a manner inconsistent with the common understanding reached between SSCI (Senate Select Committee on Intelligence) and the CIA in 2009.”

The tone of the [CIA] announcement sharply contrasts with the unprecedented battle that erupted over the issue between the spy agency and its congressional overseers and appears to represent an attempt to ease what have been seriously icy relations.

In a contentious Senate floor speech in March, Feinstein asserted that the CIA may have violated the law and the Constitution by monitoring her staff’s computers and blocking access to documents.

During the public imbroglio that followed between Feinstein and Brennan, as the Washington Post points out, the CIA chief said lawmakers would regret accusing the agency of misconduct.

“When the facts come out on this, I think a lot of people who are claiming that there has been this tremendous sort of spying and monitoring and hacking will be proved wrong,” Brennan said at the time.

To the contrary, it seems now that those concerned about the CIA’s attempt to infiltrate the panel’s investigation have been quite vindicated for holding those concerns. Among them, intelligence committee members themselves.

“The CIA Inspector General has confirmed what Senators have been saying all along: The CIA conducted an unauthorized search of Senate files, and attempted to have Senate staff prosecuted for doing their jobs,” said Senator Ron Wyden (D-Ore.) said. “Director Brennan’s claims to the contrary were simply not true.”

“What’s needed now,” Wyden continued, ” is a public apology from Director Brennan to staff and the committee, a full accounting of how this occurred and a commitment there will be no further attempts to undermine Congressional oversight of CIA activities.”

.@CIA broke into Senate computer files. Then tried to have Senate staff prosecuted. Absolutely unacceptable in a democracy.

And Senator Mark Udall (D-Colo.) took the opportunity to blast Brennan for his continued role in undermining public confidence in the agency.

“During CIA Director John Brennan’s confirmation hearings, he promised to fundamentally change the culture at the CIA and to respect vigorous and independent congressional oversight. His actions and those of CIA officials whom he oversees have proven otherwise,” said Udall, who serves on the Senate Intelligence Committee. “From the unprecedented hacking of congressional staff computers and continued leaks undermining the Senate Intelligence Committee’s investigation of the CIA’s detention and interrogation program to his abject failure to acknowledge any wrongdoing by the agency, I have lost confidence in John Brennan.”

It is, perhaps, remarkable that a spokesperson is even speaking to reporters and sharing details of an apology. One probably did not expect Brennan to apologize. Such a development indicates how corrupt this act by the CIA must have been.

The Justice Department decriminalized the CIA’s role in torture and decided not to prosecute anyone. The investigation into the destruction of CIA torture tapes ended with no charges. In fact, sleep deprivation and sensory deprivation through drugs that do not cause “permanent derangement” can still be used against detainees.

Yet, Brennan does not have to worry at all about being prosecuted or fired from his job as CIA director. It is entirely up to him whether he should step down or not. Obama will not be asking for his resignation over this misconduct.