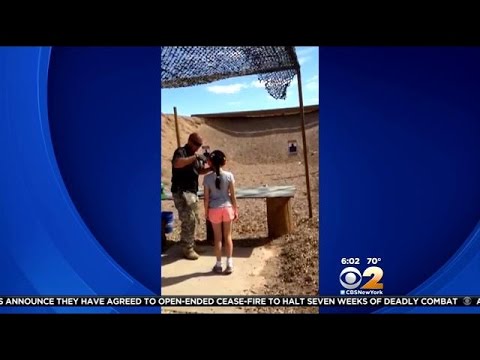 “A 9-year-old New Jersey girl accidentally killed an Arizona shooting instructor as he was showing her how to use an automatic Uzi, authorities said Tuesday. CBS 2’s Weijia Jiang reports.”

Ms. Jiang’s last sentence is about the shooting range raising the age limit to 12 (from, apparently, anything).

meanwhile, The NRA tweeted about the fun kids can have with guns.