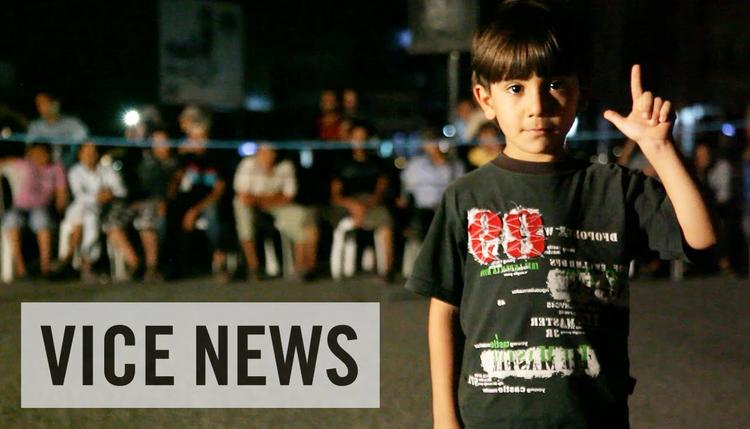 The Sunni Muslim extremist group that has taken over parts of Iraq recently is dependent on support from locals in the areas it wants to control. Recently one group of locals tried to leave – they wanted open roads, prisoner releases and a truce with their neighbours. In return the extremists kidnapped their leaders and burned down houses. Can this uncomfortable state of affairs between the ‘good’ and ‘bad’ wings of the group continue?

Even though it would appear that the Sunni Muslim extremist group, the Islamic State, has been hard at work in northern Iraq this week, the group is not as united as it may appear.

As the group, formerly known as the Islamic State in Iraq and Syria, now just the Islamic State, or IS, starts to assert its own extreme and violent version of Sunni Islam practice, it is no longer possible to disguise the fact that there are growing rifts within the organisation.

When the IS group first solidified its presence in the provinces of Ninawa, Salahaddin and in southern parts of the province of Kirkuk, it issued statements urging all other armed groups that had – more or less – supported its takeover of the Sunni Muslim majority areas, to pledge allegiance to its leader. This leader – known as Abu Bakr al-Baghdadi – had declared himself the head, or caliph, of a new Islamic state, or caliphate in these areas. While some groups did comply with this request, others did not.

And now there are dozens of armed militants who are trying to distance themselves from al-Baghdadi and his increasingly violent henchmen.

According to information given to NIQASH by a senior source in Iraqi intelligence, there are most likely nine groups active in Ninawa, Salahaddin and Hawija in Kirkuk. These are the Jaysh al-Tariqa al-Naqshbandia militia – also known as the Naqshbandi Army or JRTN, basically the military wing of Saddam Hussein’s outlawed Baath party – some other extremist groups, Ansar al-Sunna and the Mujahideen Army and the Salafi Jihad movement, as well as the Military Council of the Tribal Revolutionaries, a gathering of the Sunni Muslim tribes who oppose the current Iraqi government, the Army of the Tribes in Ninawa and Hawija and of course, the IS group. The latter has consistently been the most dominant.

After June 6 this year, when the IS group first launched an offensive in Kirkuk province, Arab tribes played an important role. The Arabs in these areas could be counted as sleeper cells for the IS and when they knew that fighters from the IS group were close, the tribes’ members took control of their own neighbourhoods. These tribal units were later incorporated into the IS group’s forces.

Some in Kirkuk say there is absolutely no trust between what may best be described as the “old” and “new” members of the IS group. The veterans believe that the newcomers only joined for personal reasons and that they are not life-long members. Meanwhile the newcomers are finding it hard to adapt to the IS group’s extremely violent policies and they are finding it hard to take orders from IS leaders.

In fact, locals have even been making jokes about the situation. The original IS members are categorised as “authentic”. The newcomers are described as “Chinese” – a reference to cheap designer knock offs that are often made in China. The new members, from the tribes, are seen as second class imitations of the originals. So now in Kirkuk, locals joke, there is a “Chinese” Islamic State.

“This enmity began when the IS group asked every other force to declare allegiance to it and fight under the IS flag,” a senior officer in Iraqi intelligence in Kirkuk, who could not be named for security reasons, told NIQASH. “Tribal leaders in Hawija who had joined the IS asked the district’s Wali [the IS’ guardian, or head, of the area] to declare a truce with forces from Iraqi Kurdistan and open the road between Hawija and Kirkuk. But the Wali refused, saying that those who demanded such a truce were traitors. That caused a lot of tension.”

Apparently the IS group attacked these tribal leaders because they had asked the extremist group to focus more on combating the Iraqi government, led by Shiite Muslim Prime Minister Nouri al-Maliki, and to declare a truce with the neighbouring Iraqi Kurdish.

In this area tribal allegiances are very strong. Militants feel they belong to their tribe first and the IS group second. Naturally when there are conflicts between the two, the fighters side with their tribe – and some have tried to leave the IS group.

Sources close to the tribal leaders in Hawija say that over the past few days, a number of the tribal leaders, together with fighters from the al-Jibour, al-Jameel, al-Bakara and al-Tamim tribes, have tried to get their fighters to leave the IS group and to carry on fighting under a new name, the Military Council for the Islamic State in Iraq. They also wanted to appoint a Hawija judge, Sabah Suleiman al-Jibouri, as their leader.

After breaking off from the IS group, they planned to make three demands. They still wanted to open the road between Hawija and Kirkuk city, which is currently controlled by Iraqi Kurdish military. They also wanted to release the prisoners that the IS was holding, who were members of the Iraqi Kurdish military and also former members of the US-paid Awakening, or Sahwa, forces who had fought against Al Qaeda. And finally they wanted to start getting local employees paid.

The Kirkuk locals who have heard about this have also started describing the split as one between the “good IS” and the “bad IS”.

Unfortunately for the tribesmen, information about their plan got back to the IS group and in response they kidnapped the judge, al-Jibouri, along with his aides. Nobody knows where he is at the moment.

“There are still other groups within the IS that want to break away and start their own groups,” the security officer told NIQASH. “But because the IS was able to discover this plot to break away, nobody dares to do anything similar at the moment.”

The IS group also responded on social media by posting pictures, via its Twitter followers, that showed the members of Hawija’s tribes in traditional Arab dress, vowing to support the Islamic Caliphate.

But like so much of the IS group’s work on social media, the pictures were not completely accurate. For example, the leader of the local al-Bakara tribe, Mahmoud Ibrahim, told NIQASH, “some tribal leaders refused to pledge allegiance to al-Baghdadi.” He said that a number of his tribe’s elders had been wanting to form a new, separate armed group for weeks now even though the IS wants them under its control.

As more fighters leave, it may mean that the IS group will not be able to continue to control this area. The fighters who leave the organization know that if they do so, they have no choice in the matter: Either they must fight with the IS, or leave the area for good.