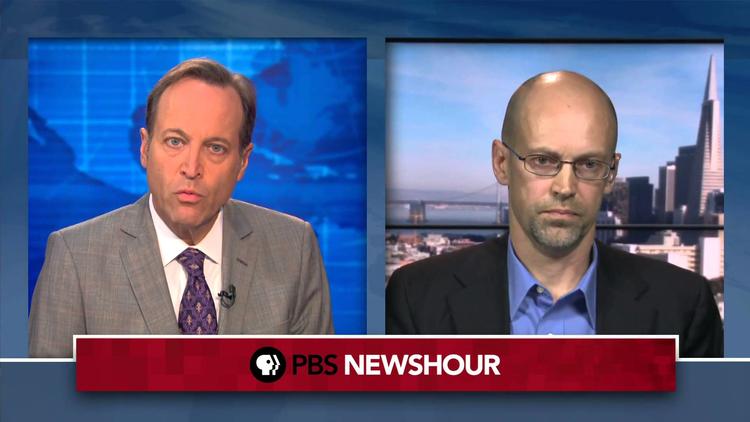 By Daisy Sindelar via RFE/RL

Oleksandr Chernov, a doctor and journalist from eastern Ukraine, spent 10 days as a captive of pro-Russian separatists based in Slovyansk.

During that time he was blindfolded, brutally beaten, and interrogated by separatist leader Igor Strelkov. He watched a hardened militant break down in tears after accidentally shooting a stray dog. And he heard countless examples of how the months of violence in Donbas had taken a deadly personal toll.

"Some people's houses had been bombed, or their children's schools. Some of their wives had been seriously injured. So they picked up their weapons and went out to fight," Chernov says. "This is a war, after all."

But is it? As fighting escalates on Ukraine's eastern front between a hazy mix of pro-Russian mercenaries, Ukrainian army soldiers, and volunteers of every stripe, officials have tied themselves in linguistic knots attempting to define what, exactly, is going on in Ukraine.

News agencies ignited a firestorm on August 28 when they quoted Ukrainian President Petro Poroshenko as saying that Russian troops had "invaded" Ukraine.

Some agencies later changed their translation from "invaded" to "entered." But the genie was already out of the bottle.

Ukraine's ambassador to the Organization for Security and Cooperation in Europe (OSCE) publicly called the conflict an invasion. So did the Australian prime minister, and the foreign ministers of Latvia and Lithuania. So, in a potentially poor career move, did a human rights adviser to Russian President Vladimir Putin. And Ukrainian Foreign Minister Pavlo Klimkin, seizing on hashtag politics, appeared to assert via Twitter that what was taking place was, in fact, an invasion.

David Kaufman, who heads the Center for the Study of Modern Conflict at Scotland's University of Edinburgh, suggests that choosing between "incursion" and "invasion" comes down to what the speaker wants to be seen as thinking about Putin's long-term intent.

Moscow, which has long sought to keep its fingerprints off the Ukraine conflict, has unsurprisingly rejected the notion of an invasion, despite NATO saying at least 1,000 Russian troops and hardware are on Ukrainian territory.

Russian Foreign Minister Sergei Lavrov said August 29 there was "no proof" of an invasion. Aleksandr Zakharchenko, the head of pro-Russian separatists in eastern Ukraine, said the Russian troops were merely volunteering their services, "rather than taking their vacations at the beach." At least one humorist who tweets as a would-be Putin suggested that what was taking place was less an invasion and more a romantic reconciliation.

It's not an invasion. It's a re-union. We shall call it the "Soviet Reunion".

Linguistic ambiguity has been a hallmark of the Ukrainian conflict from the beginning, when Russia coined the terms "little green men" and "polite people" to avoid admitting that the insignia-free forces entering and annexing Crimea were in fact Russian soldiers.

Since then, Moscow has attempted to put even more verbal distance between itself and the conflict in Ukraine, referring to native-born Russian separatists as "Ukrainian rebels" and "pro-Russian fighters" and at times insisting that the violence is a "civil war" between Ukrainian "fascists" and Russian-speaking civilians.

Putin on August 28 went so far as to evoke the term "Novorossia," or New Russia — a tsarist-era label for the broad strip of land crossing from southern Ukraine into Moldova's breakaway, pro-Russian region of Transdniester.

Military experts say such terminology permits Putin to maintain the illusion that Russia is not formally involved in Ukraine, where nearly 2,600 people have been killed as a result of the conflict. But the wordplay works to the advantage of the other parties as well, by allowing Ukrainian and international officials, wary of antagonizing a still-powerful Kremlin, to stop short of accusing Russia of waging war.

Such a step would dramatically expand the parameters of military action, opening the way for larger troop deployments, cross-border air raids, and "deeper" targeting inside both Ukraine and Russia. It's a scenario that is deeply distasteful, both for Ukraine and for the West, which is eager to avoid military engagement with Russia.

Reuters in July cited Western officials as saying that the International Committee of the Red Cross (ICRC) had confidentially categorized the situation in Ukraine as a war.

According to the report, the ICRC, which has made no public statement, informed Ukraine and Russia privately of its assessment. (Officially, the ICRC has categorized the situation in Ukraine as a "noninternational armed conflict.")

If true, the designation is significant, because it has the potential to render both Kyiv and Moscow responsible for war crimes committed by their forces — including, but not limited to, the suspected shooting-down of passenger jet MH17 by pro-Russian fighters.

But Christopher Langton, a British Army veteran who now heads the Independent Conflict Research and Analysis center, says it is highly unlikely that either Ukraine or Russia will make a formal declaration of war.

He adds that the term itself — which is traditionally defined as mutual military action between two or more states — is no longer "fashionable" in a world marked by increasingly asymmetric, non-state insurgencies.

"The last time I think anybody formally declared war was in the Second World War," says Langton. "It's almost seen as an unnecessary thing to do. You know, we didn't declare war on Serbia. No war was declared on Iraq."

What we're seeing in Ukraine, he says, "is the nearest thing to an interstate face-off." Declaring war, he adds, "would be a major step which could lead down some very dark alleys. And that's why I don't think either side are going to use it."

With or without a declaration, however, many of Russia's harshest critics — including Polish Foreign Minister Radoslaw Sikorski — say there's only one word for what's going on in Ukraine.

Yana Polyanska of RFE/RL's Ukrainian Service contributed to this report