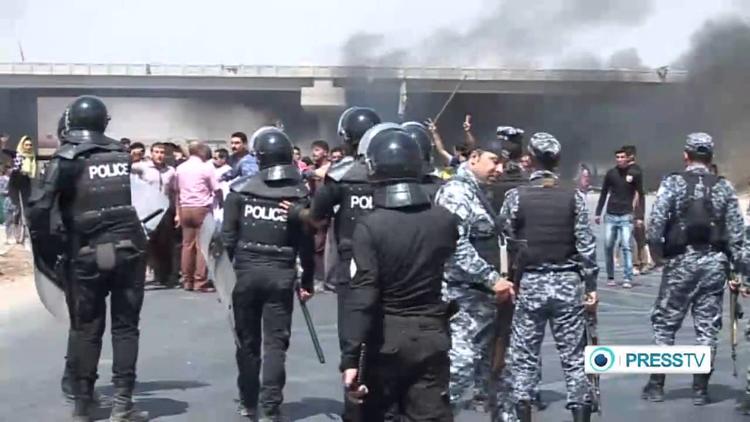 Over the weekend, the Sunni Muslim extremist group, Islamic State, entered the Sinjar area in northern Iraq. Their arrival saw the population, mostly members of the ethno-religious Yazidi group, flee. NIQASH spoke with three refugee families, one trapped in the mountains, another that made it to relative safety and a third man who had returned to his home under extremist rule.

Once again, Eido Khader is hiding in a cave. But the Yazidi man knows this cave well – 50 years ago he was here too, avoiding Iraq’s compulsory military service. Back then he was alone. This time he is with 44 other people, including his wife, his sons and his grandchildren. And this time, the whole group is hiding from Sunni Muslim extremists that entered the area over the weekend.

The extremist fighters from the group known as the Islamic State, who had recently taken control of nearby Mosul city, entered Sinjar over the weekend. The town is home mainly to Iraq’s Yazidis, an ethno-religious group with close ties to Iraqi’s Kurds.

Khader and his family live in the Khansour Complex, which is located at the foot of the Sinjar mountain range in northern Iraq, and home to around 3,000 residents. And panic quickly broke out when news of the entry of the extremists into Sinjar broke out.

Unlike Mosul’s Christians, the Yazidis were unlikely to be given a choice to pay a tax if the IS group took control of the city. The Sunni Muslim extremists consider the Yazidis the worst kind of infidel and would be unlikely to negotiate with the group.

Khader quickly gathered his sons and their families and everyone decided to move into the mountain range with their families. Hundreds of cars raced along the roads into the mountains and Eido’s family joined them. As they approached the top of the range though, their cars were unable to go any further. The family had to leave their vehicles and continue on foot.

Khader is now an elderly man and after walking for some time, he was unable to go on. His sons carried him the rest of the way to the cave. And although the cave was dark and somewhat frightening, the family felt it was far better to be here than under the control of the IS group.

Although they didn’t know it then, they were right. Reports coming out of Sinjar suggest that the extremists kidnapped hundreds of Yazidi women who were left behind and sent them to Mosul, and killed Yazidi men as they tried to flee.

There are no accurate figures as to how many locals form Sinjar have ended up in the mountains. The figure of 200,000 seems to be an exaggeration. Those who organize ration cards in Sinjar say that the city’s population stands at around 250,000 and most of these are Yazidi. There is no doubt that many of them fled, although some certainly went on into the semi-autonomous region of Iraqi Kurdistan and others ended up travelling into Syria.

NIQASH spoke to Hamid, Eido Khader’s eldest son, by phone. The connection was bad. As he was describing his family’s predicament – they had been living on the mountain for three days now – he broke into tears.

“My children are here,” he said. “We’re living in this cave and we have some food and water but we won’t be able to cover our needs in another two days.”

The most recent reports say that trapped and desperate families are now feeding their children grass. Helicopters sent by the Iraqi government have started to fly over the mountain area and attempted to throw down food and water and other supplies. This has only been partially successful and latest reports suggest that only a few of the families in the mountains have managed to get hold of the airlifted supplies. Some families have also been rescued from the mountains by Syrian Kurdish fighters.

How long could the Khader family survive? “I don’t expect the situation to change here very quickly,” Hamid Eido said bleakly. “I think we are going to run out of food and water in the next two days.”

Another Yazidi refugee, Khairy Nayef, managed to bring his family to Dohuk inside Iraqi Kurdistan. He confirmed that four of his relative’s daughters had been captured by the IS fighters. “They took them and up until today, all we know is that they took them by bus with other girls either to Tal Afar or to Mosul,” he says.

“Only the mountain can protect the Yazidis today,” Nayef continued. “No one else is making any real effort to save them.”

He criticized the Iraqi Kurdish fighters from inside the region who had withdrawn – later reports indicated that the soldiers had run out of ammunition and had inferior weapons – but praised the Syrian Kurdish fighters who had also come to Sinjar’s aid.

“I’ve made up my mind,” Nayef said firmly. “I will do the same as my relatives did- they emigrated to Germany years ago.”

Meanwhile Karim Shosho, an older Yazidi man from Khansour, says he was able to return to his home. He believes that out of the around 3,000 who lived in the area, only a tiny handful – he suggests, “20 old men” – are left now. Shosho passed the checkpoint at the entrance to the complex that the IS had set up and nobody stopped him. The extremist fighters apparently instructed locals who stayed behind to erect white flags on their homes so that it was clear there was somebody in the house when fighting broke out.

Nonetheless he remains very worried about the extremists’ intentions.

“As soon as they’re in proper control they will become more violent,” he says. “Just as they did in Mosul.”