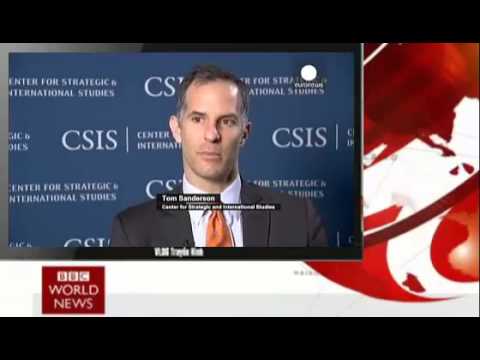 Much of the emphasis has been upon finding partners among the Arab states. U.S. Secretary of State John Kerry said in Jeddah, Saudi Arabia, on September 11 that 10 Arab states had agreed to "do their share" in the fight. They are Iraq, Egypt, Jordan, Lebanon, and six Gulf states: Saudi Arabia, Bahrain, the United Arab Emirates, Kuwait, Oman, and Qatar.

Saudi Arabia would take the most prominent role in supporting the counter-offensive against the extremist group. While Washington conducts air strikes but has not committed troops on the ground, Riyadh is expected to host training camps for the moderate Syrian rebel groups which would do the fighting inside Syria.

The United States also plans to continue air strikes against Islamic State militants in Iraq while Iraqi forces — including the national army, Iraqi-Kurdish fighters, and Sunni Arab tribal forces — fight the group there.

Washington is also looking to the Arab states to help wage financial war on the Islamic State organization. That would entail cracking down on charitable foundations and private donors to make sure they do not help fund the jihadist group.

The financial crackdown is expected to become increasingly critical as military progress is made in pushing the militants out of oil fields which they now control and use to generate huge revenues.

Luay Al-Khatteeb, a visiting fellow at the Brookings Doha Center, estimates the group currently produces some 25,000 barrels per day of oil from fields it controls in Iraq, earning some $1.2 million a day. The oil is reportedly sold clandestinely to buyers in Iraq and Turkey.

Before the group became oil-rich, it was largely funded by cash donations from Gulf sponsors, a source the coalition will want to make sure it cannot fall back upon again.

Another key regional partner in the coalition is Turkey. Its cooperation is needed to stop the flow of foreign fighters in and out of Syria, something Ankara has previously largely ignored because it hopes to see Syrian President Bashar al-Assad toppled.

Sealing the Turkish border is essential to ending the recruitment boom the Islamic State group has enjoyed with its battlefield successes since June. A CIA spokesman said on September 12 that the group now has between 20,000 and 31,500 fighters in Syria and Iraq, two to three times more than the agency had previously estimated, and that half of the fighters are foreigners.

Meanwhile, Ankara has ruled out allowing Washington to use Turkish air bases to launch attacks on the jihadist group, which still holds 49 Turkish citizens it kidnapped in Mosul in June. No other regional state has yet said publicly it would provide air bases, leaving it unclear whether the U.S. air campaign will have to continue to rely upon aircraft carriers in the Gulf.

One regional state Washington has ruled out for the coalition is Iran. Kerry said on September 12 in Ankara that it would be "inappropriate" for Iran to join the group because Tehran backs Assad while Washington and its allies want Assad out of power. Washington has also ruled out any cooperation with Assad's forces against the Islamic State militants.

Russia, also allied with Assad, has warned any U.S. air strikes on Islamist forces in Syria would be illegal without a decision by the UN Security Council. Foreign Ministry spokesman Aleksander Lukashevich said on September 11 "there is reason to suspect that Syrian government forces could also come under fire."

Several EU states are expected to join the coalition in the coming days. France, which is due on September 15 to host international talks in Paris about the campaign, has already offered military support to Baghdad and said it would consider taking part in air strikes. Britain has said the same.

Germany has ruled out participating in air strikes but is sending weapons to Iraqi Kurdish forces. Italy, too, is sending arms to Iraq.

U.S. President Barack Obama has called for “the broadest possible” participation in the alliance but it remains unclear how large the international effort could grow and whether it would include many smaller countries which joined U.S.-led coalitions in the past.

BBC:
US wins Arab support for military campaign against ISIL