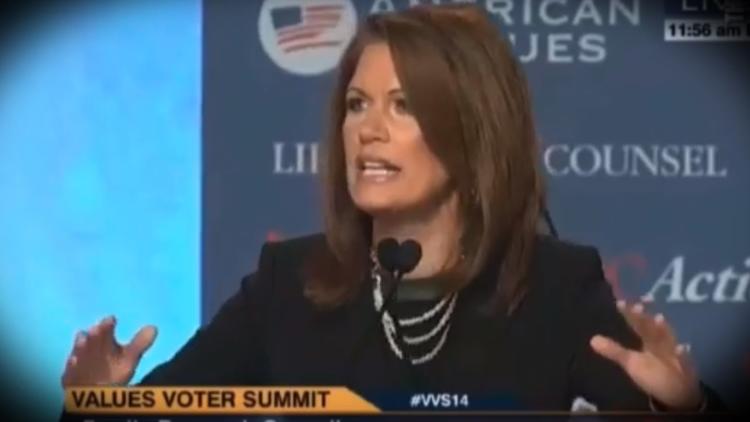 “Michele Bachmann took the stage at the Values Voters Summit today, and fired up the crowd with shots at President Obama and Hillary Clinton, as well as a firm call for the U.S. to keep killing ISIS terrorists until they surrender.

Bachmann cracked a few jokes at the top, including a dig at MSNBC and a wonder of whether Nancy Pelosi or John Boehner would miss her more.

She talked up her strong stand against the Obama administration, especially on foreign policy. Bachmann said Obama is “the first anti-Israel president in history.” And as for Clinton, Bachmann recommended another goal for the former Secretary of State to accomplish: “permanent retirement!”

Bachmann also talked about how to combat the threat of ISIS.”* Ben Mankiewicz, Jimmy Dore (The Jimmy Dore Show), John Iadarola (TYT University) and Brian Unger break it down.”