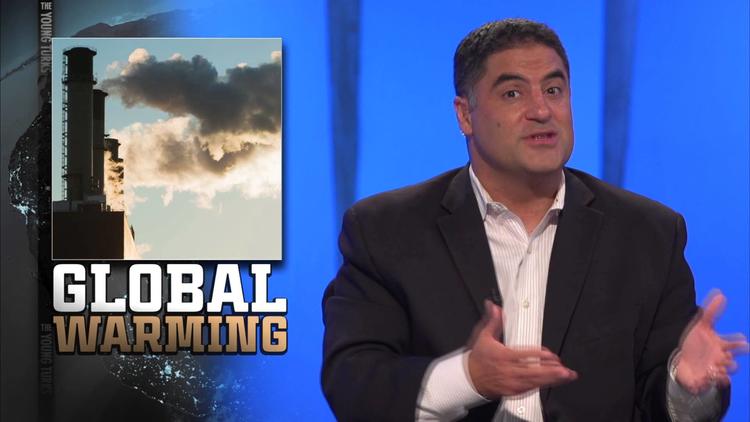 “Atmospheric volumes of greenhouse hit a record in 2013 as carbon dioxide concentrations grew at the fastest rate since reliable global records began, the World Meteorological Organization said on Tuesday.

“We know without any doubt that our climate is changing and our weather is becoming more extreme due to human activities such as the burning of fossil fuels,” said WMO Secretary-General Michel Jarraud in a statement accompanying the WMO’s annual Greenhouse Gas Bulletin.

“Past, present and future CO2 emissions will have a cumulative impact on both global warming and ocean acidification. The laws of physics are non-negotiable,” Jarraud said. “* The Young Turks host Cenk Uygur breaks it down.”

The Young Turks: “If Terrorists Were As Dangerous As Climate Change…