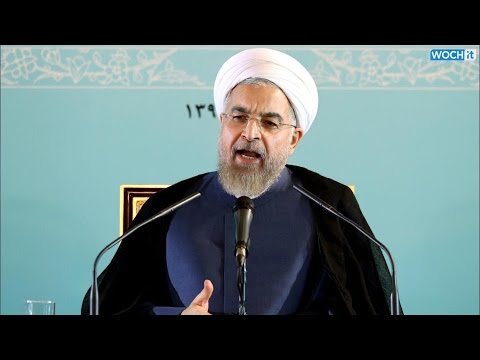 The United States is putting together the first international coalition to try to roll back the Islamic State (IS) militants in Iraq and Syria.

But when the nearly 40-state-strong alliance starts operations, it will find that there is already another coalition on the ground whose presence could complicate the U.S.-led effort in unpredictable ways.

That is a coalition that includes just one state, Iran. But it comprises multiple Tehran-backed regional Shi'ite militias that are already combating the IS jihadists and other Sunni militant groups in Syria and Iraq.

In Syria, the Iranian-backed Lebanese-Shi'ite Hizballah militia is fighting alongside Syrian government troops against rebel groups. That puts the powerful militia on the opposite side of the new U.S.-led coalition, which will back moderate rebels seeking to overthrow Syrian President Bashar al-Assad, a Tehran ally.

In Iraq, Iranian-backed Shi'ite militias are reinforcing the Iraqi Army as it attempts to regain a huge swath of northern and central Iraq lost to IS in June. The Iraqi Shi'ite militias and the new coalition are ostensibly on the same side, as both support Baghdad, but Washington sees the militias as a menace for Iraq because their presence exacerbates the country's already deep sectarian rifts.

So far, both Washington and Iran have said they see no room for cooperation in the war with Islamic State.

U.S. Secretary of State John Kerry said on September 12 that "it would not be appropriate" for Tehran to be in the international coalition "given the many issues…with respect to their engagement in Syria and elsewhere."

Iranian Supreme Leader Ayatollah Ali Khamenei claimed after the international coalition was announced on September 15 that Tehran had rejected a request by Washington to cooperate, a claim Kerry later told the press he would not get into a "back and forth" with Iran about.

Iran was not invited to the international conference in Paris on September 15 to discuss the threat posed by Islamic State and persuade countries to join it.

But just how difficult it will be for the two sides to ignore each other has become clearer in recent days as both sought to keep Islamic State from overrunning the eastern Iraqi town of Amerli, which has a majority Shi'ite population of Iraqi Turkomans.

The IS militants' two-month siege of the town was finally lifted on August 31 in military action that involved Iraqi regular army troops, fighters from several Shi'ite militias, Kurdish forces, and U.S. air strikes.

After the battle, Washington and Baghdad underlined their cooperation in what was the first major victory for the Iraqi army since June, when its battlefield collapse allowed the IS to seize Mosul and sweep to the outskirts of the capital.

But the regional Shi'ite coalition led by Iran also sought to take credit for the victory in a way that minimized Washington's role. A website affiliated with the Lebanese Hizballah posted a photo purportedly showing Qassem Suleimani, the head of the Islamic Revolutionary Guards Corps' Quds Force, on the outskirts of Amerli as the siege was lifted.

The purported presence of Suleimani, who is the Revolutionary Guards' chief strategist for operations outside of Iran's borders that involve proxy groups, showed how much Iran intends to remain at the forefront in the battle against Islamic State and how much it has the means to do so.

Analysts say that many of Iraq's Shi'ite militias get their weapons and guidance directly from Tehran.

"They are getting some of their weapons from cannibalizing the Iraqi government," says Kirk Sowell, a Jordan-based political-risk analyst who publishes "Inside Iraqi Politics." "There was an incident a few weeks ago in [the southeastern province of] Maysan where there was an army arms depot and some group just came in and took all the weapons."

"But clearly there is some aid from Iran," he says. "AAH [the Asaeb Ahlul-Haq militia] is loyal to [Khamenei] as their supreme leader, as their marjah [religious guide]. Kata'ib Hizballah is the same way. The Badr Corp downplays this, but clearly they do [the same]."

At least two of the militias, the AAH and Kata'ib Hizballah, have also been sending fighters to Syria to combat Sunni jihadists there alongside the Lebanese Hizballah and Assad's forces.

The Shi'ite militias are so much part of the fight against Islamic State that the question for the international coalition now will be how to react not if, but when, the two sides find themselves on the same battlefield.

Amerli offers one vision of how the two coalitions might work in parallel even without officially acknowledging each other as allies.

But less clear is how the two coalitions will interact in Syria, where they are on opposite sides of Syria's civil war.