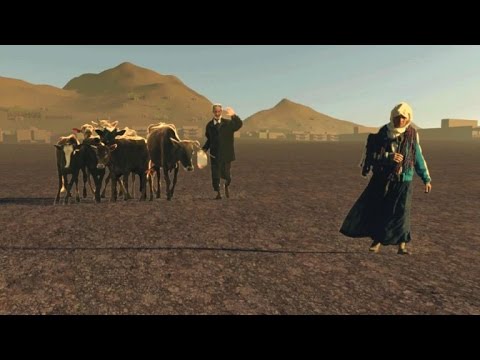 What will happen to Iraq’s “disputed territories” once Sunni Muslim extremists have been driven out? Will the Iraqi Kurdish military, who now control some of it, insist on staying? Or will conflicts between the Iraqi Kurdish and the Iraqi army make for the country’s next crisis? NIQASH gathers opinions.

As the Sunni extremist group that currently controls parts of northern Iraq is slowly driven back by a combination of local and international military forces, many locals are asking what will happen to the areas that have come under the control of the Iraqi Kurdish military.

Many of these areas were formerly under the control of the Iraqi government but came under the control of the Iraqi Kurdish military when the Iraqi army fled as the Sunni Muslim extremists from the Islamic State group approached.  Previous to this, some of these areas were also known as “disputed territories” – that is, they were areas that the Iraqi Kurdish said belonged to their semi-autonomous northern region but which the Iraqi government said belonged to Iraq proper. The issue of the disputed territories was supposed to be solved by the implementation of Article 140 of the Iraqi Constitution.

The question now is who will control these areas when the Islamic State, or IS, group is driven out?

“The IS group has changed the balance of power in Iraq,” Naqshbandi says. “When all this started some people thought that the IS fighters were somehow allied with the Iraqi Kurdish because, indirectly, they were doing the Iraqi Kurdish a favour, by emptying the disputed territories of the Iraqi army. But then the IS group began to make its way toward Iraqi Kurdistan, trying to make that part of their Caliphate too.  And that got the Kurds involved in a war they never wanted to be involved in, in the first place – they have always considered this a sectarian conflict that has nothing to do with the Kurdish cause.”

“I think in the end the land will belong to the forces that liberate it,” Naqshbandi concludes.