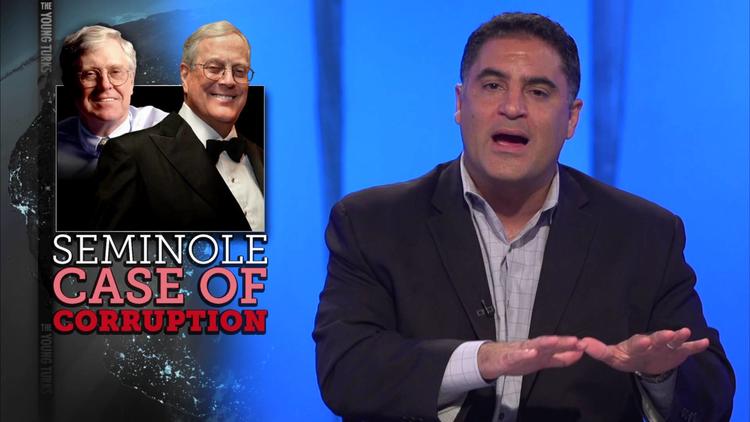 Cenk Uygur of The Young Turks

“In 2007, when the Charles Koch Foundation considered giving millions of dollars to Florida State University’s economics department, the offer came with strings attached.

First, the curriculum it funded must align with the libertarian, deregulatory economic philosophy of Charles Koch, the billionaire industrialist and Republican political bankroller.

And third, Bruce Benson, a prominent libertarian economic theorist and Florida State University economics department chairman, must stay on another three years as department chairman — even though he told his wife he’d step down in 2009 after one three-year term.”

The Young Turks: “How The Koch Brothers Corrupted Florida State University (+163 Other Colleges)”