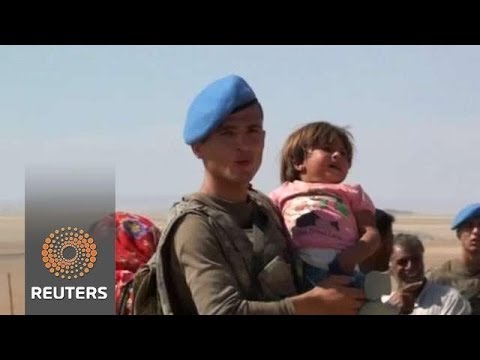 “About 60,000 Syrian Kurds flee into Turkey in the space of 24 hours, a deputy prime minister says, as Islamic State fighters seize dozens of villages close to the border. Sarah Toms reports.”

For anyone who knows the history of the Turkish government’s dirty war against Kurdish separatists in the 1970s and 1980s, it is a startling reversal to see Syrian Kurds flooding for refuge into Turkey. The influx was not smooth and Turkish security did at points try to stem it. But actually Turkey has something like a million Syrian refugees already. – JC