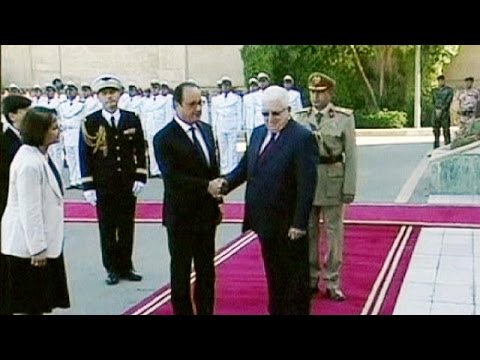 US Secretary of State John Kerry’s meeting in Jedda with ten Middle Eastern foreign ministers produced a communique on Friday, but little more. The regional states promised to do more to stop the transit across their territory of volunteer vigilantes seeking to join the so-called “Islamic State” of Iraq and the Levant (ISIL) and to stop their citizens from sending money to the extremists. That neither of these steps had been taken earlier shows how unseriously Middle Eastern states took the ISIL challenge.

On Friday, faced with another visit of the indefatigable Mr. Kerry, state officials in Cairo, Egypt, were careful to say that they would and could not devote troops on the ground to defeat ISIL. Cairo maintains that its troops are already stretched thin by their current tasks . The Egyptian military is deployed within the country to keep order and to stigmatize the previous regime, on the Muslim Brotherhood in Cairo. In Sinai and along the Red Sea coast, guerrillas stage frequent attacks on Egyptian troops. In any case, Egyptian President Abdel Fattah al-Sisi has other things to do with his army than deploy it directly against ISIL. Perhaps if he stopped maintaining that all Muslim Brothers are terrorists he might have some troops left over with which to deal with ISIL.

Turkey, likewise, has announced that it doesn’t want to get involved with ISIL. The Turkish government has even declined to allow the US to fly anti-ISIL missions from Incirlik Air Base. They will only allow US forces to use Turkish air bases for logistics, i.e. things like ammunition resupply.

It is a true irony that the two most enthusiastic regional powers in fighting ISIL are Iran and Syria. The Syrian deputy foreign minister explicitly offered Washington an alliance if it wanted one. But the Obama administration has no wish to ally with the brutal Baathists.

As for the West, aside from the UK and Australia, France is stepping up, apparently with an offer to deploy air power against ISIL in Iraq. A Socialist ally may be enough to make the Congressional Tea Party’s heads explode.