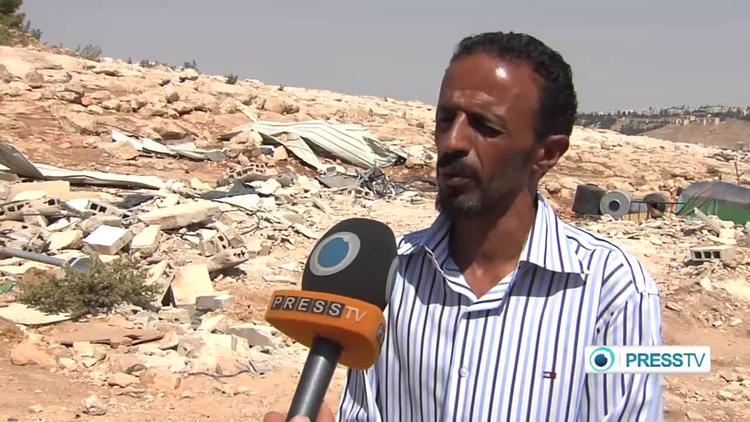 He added that the bulldozer demolished the walls surrounding homes and land in the Khillet al-Qamar area in Abu Dis without warning.

Halabiya warned that the demolitions in Khillet al-Qamar were part of Israel’s larger plan to “displace” the 14,000 Bedouins living in nearly two dozen communities across the West Bank.

Over the last week, the Palestinian agriculture and foreign affairs ministers as well as 42 local, Israel, and international organizations have condemned the plans, which call for the Bedouins to be resettled in two towns.

Critics say the move is intended to clear up thousands of acres of lands for the construction of more Jewish settlements in the West Bank, especially in the critical E1 corridor that cuts across the heart of the West Bank between Jerusalem and Jericho.

Israeli authorities, however, have denied that the plans are a covert attempt at the forcible transfer of Palestinians, instead comparing them to efforts to improve quality of life for some of the 90,000 Bedouins within Israel itself.

Palestinians in Israel, however, had widely protested similarly moves against their communities there.