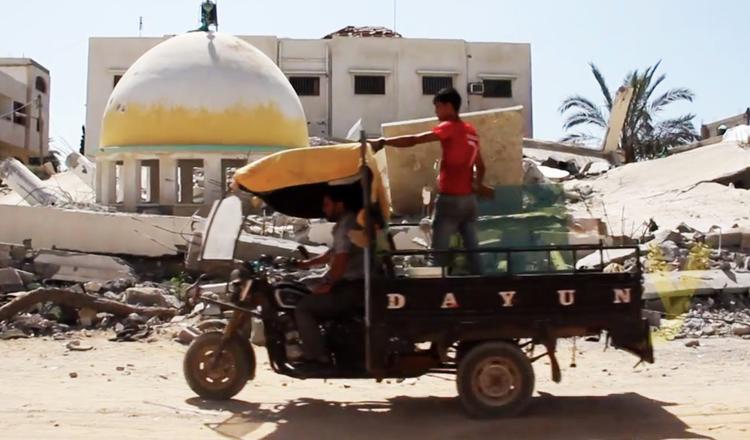 Israeli Prime Minister Binyamin Netanyahu delivered a speech at the UN to a half-empty hall in which he tried to exemplify the most logical fallacies in a short period of time.

Netanyahu’s message is that all political Islam is equivalent. Thus, if ISIL is a danger to the west, then the Hamas movement in Gaza is as well. And both of them are equivalent to Iran.

Hamas is a movement of political Islam that has often deployed violence, which it terms resistance to occupation and which Israel and the US see as terrorism. But the US State Department was quick to put distance between it and Netanyahu’s views, dissenting from his crazy quilt of equivalencies.

Here are the top 5 differences between Hamas and ISIL:

1. Hamas has foresworn attacks on the United States and other Western countries, presenting itself as a national liberation movement against Israeli military occupation (an occupation that has lasted since 1967 in Gaza). ISIL on the other hand has called on radicals to attack the US and Europe.

2. Hamas has joined a national unity government with the PLO. Some Hamas legislators hold that this step automatically results in an implicit Hamas recognition of Israel, insofar as Hamas delegates will be bound by PLO rules of discourse, and the latter recognize Israel. In contrast, no high-profile member of ISIL has done anything but attempt to foment more violence and to break all political deals.

3. Hamas has not concertedly attacked non-Muslims, and, in fact there has sometimes been good cooperation between it and the Eastern Orthodox church. In contrast, ISIL attempted to ethnically cleanse the Yazidis and has threatened Christians and other minorities.

4. Hamas has concluded ceasefires with Israel, however imperfect on both sides. ISIL was kicked out of al-Qaeda for declining ever to make a truce even with its own allies.

5. Hamas has a civilian wing that ran for elective office in 2006 and won the Palestine elections. ISIL has no civil wing and is profoundly opposed to holding elections by party.

Hamas is a horrible fundamentalist organization (created in part by Israeli conniving and by the horrible conditions under which Palestinians in Gaza are made to live by the Israeli government), but it isn’t ISIL. And neither is like Iran, which is a Shiite state (Hamas and ISIL are hard line Sunni fundamentalists). Netanyahu comes close to racism in painting all Muslims with an extremist brush that is for him invarying. His own Likud movement was perfectly willing to turn to terrorism when it did not get its way, but not all Zionists or all Israelis would have approved. Netanyahu is doing propaganda and so cannot afford insightful oppositions.

AJ+ “Why Windows Aren’t Being Repaired In Gaza”