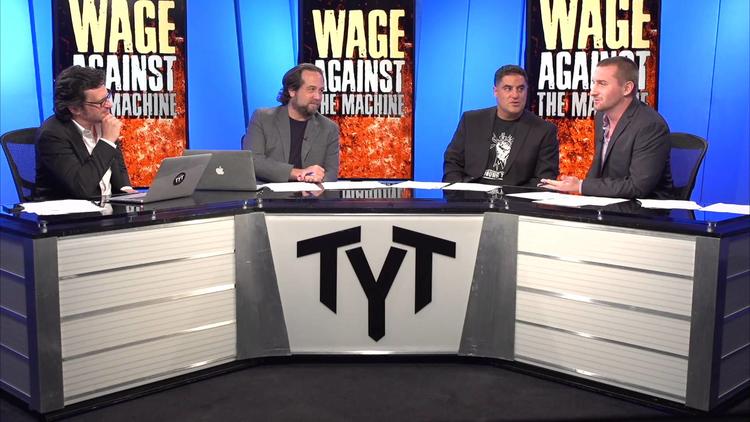 “As the economy slowly recovers, it’s become increasingly clear that it’s not just unemployed Americans who need help from the government. It’s those that are employed as well.

“That’s the main finding of a new report from the Economic Policy Institute on wage theft. What is wage theft? It’s when employers refuse to pay their workers their rightful wages and benefits, such as refusing to pay overtime. It’s a major problem across the United States. One study, which EPI cites, examined three cities (New York, Chicago and Los Angeles) and found that two-thirds of workers in low-wage industries had experienced a pay-related offense in any given week in 2008. Those violations cost workers more than $2,600 a year on average—nearly 15 percent of their total earnings. If wage theft is as prevalent in the rest of the United States as it is in New York, Chicago and Los Angeles, then it costs workers more than $50 billion a year.” *

The Young Turks: “Why Are Employers Stealing BILLIONS From Workers Every Year?”