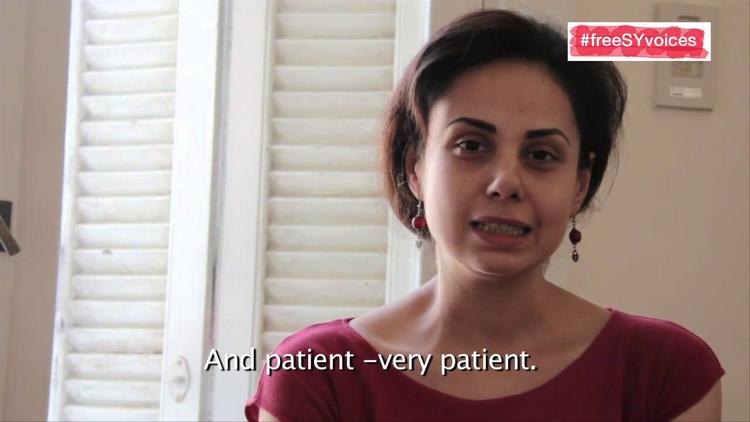 In a speech before the European Parliament in 2009, Syrian activist Mazen Darwish warned that unless civil society was strengthened “[the whole] region, not only Syria … could explode at any moment and leave behind thousands of refugees.”

A dire warning at the time, Darwish’s prophetic words fail to capture the enormity of the tragedy that has engulfed Syria and the region.

Today, Darwish and two of his colleagues from the Syrian Center for Media and Freedom of Expression, Hani Al-Zitani and Hussein Ghareer, stand trial before an Anti-Terrorism court in Syria — a court that fails to afford detainees basic international fair trial rights. On February 16, 2012, Syrian plain-clothes Air Force intelligence agents arrested them during a raid on the group’s office in Damascus. Their alleged crime? Peacefully monitoring and documenting human rights abuses. For these activities they are charged with “publicizing terrorist acts” under article 8 of the country’s 2012 Anti-Terrorism Law.

These men, like numerous other activists that make up Syrian civil society, languish in detention while the country languishes in war. The world is deprived of the role they could play in pulling Syria back from the abyss and toward what Darwish called the “holy trinity” of peace, democracy, and development.

As Darwish said in 2009, “In such a country like ours, there is an urgent, pressing need to strengthen and consolidate the Syrian civil society.” Those words could not ring more true today.

The Syrian government should immediately and unconditionally release Darwish and his colleagues, and start the process of letting them and other activists who are arbitrarily detained go free to continue with their important work. Syria’s future depends on it.

Amnesty International: “Syria – Vanished off the face of the earth”