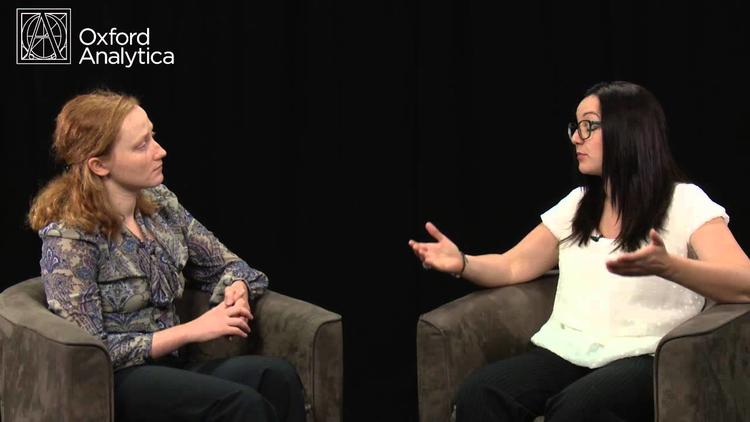 As local forces appear to be preparing to take on Sunni Muslim extremists in charge of their hometowns, discussion has already started about what happens next. In the northern province of Ninawa, the governor is putting his faith in a new military force while others argue about how independent Ninawa can ever be from Baghdad.

Those who still feel optimistic about the survival of Iraq in its current incarnation tend to be expatriates living outside of Iraq. Their opinions are reflected by journalists and intellectuals but they are often accused of idealism, naiveté or of being deluded.

Should the Sunni Muslim extremists from the Islamic State, or IS, group who are currently controlling the area be pushed out, the majority of people living in the northern province of Ninawa – whether they be Arabs, Kurds, Turkmen, Christians or Yazidi – would prefer to see a new kind of administration. The very least they want is administrative decentralisation which would allow for reconstruction, better employment opportunities for locals and most importantly, better security.

“We have passed the phase of formulating ideas and we are now at the stage where we must take serious, practical steps to reformulate Iraq’s internal framework,” the governor of Ninawa, Osama al-Nujaifi, told NIQASH.

Al-Nujaifi believes the only way to get rid of the Islamic State from inside Ninawa is through state-sanctioned military action – and not, he adds, through a method used previously, the Sahwa or Awakening movement. This was a home-grown initiative to get Al Qaeda out of Iraq funded by the US. Al-Nujaifi confirmed his support for the idea of a new National Guard that brings all those who want to fight the IS group together under one leadership. Then he wants to see them integrated into the National Guard, once Ninawa is liberated, he says.

“We need to attract those who truly wish to resist the IS group within a regular and legitimate system,” al-Nujaifi says. “The same system will be used to maintain security once the IS group have been expelled. At the same time we recognise the difference between our conflict with the IS group and other social, sectarian or political conflicts. The IS group has used these to their own advantage, in the absence of the Iraqi state. We need to deal with those social, sectarian or political conflicts wisely, in order to end this vicious cycle of revenge and retaliation.”

Al-Nujaifi also has a long term goal – to make Ninawa a semi-autonomous region, in the same way that Iraqi Kurdistan is independent. Iraqi Kurdistan has its own government, military and legislation, although it is still part of Iraq proper.

There were a lot of people in Ninawa who didn’t agree with al-Nujaifi before. But now that the IS group has taken hold of the area, they are starting to come round. Many are now saying that the best way forward for Ninawa, after the IS group has gone, would be the creation of an independent region.

For them, forming their own military is the first step towards this. They believe it would ensure the safety and security of the province’s estimated 4 million people, many of whom are estimated to be internal refugees right now.

“Even before the IS group invaded Ninawa, the province was divided and was suffering from political conflicts,” says Abdul-Karim al-Rashidi, a local researcher, who believes that the province’s recovery from the IS group takeover will take a long time. “And those are not going to end just because the IS group’s control ends,” he argues.

“Everyone is going to have to accept the reality that some parts of the province will be annexed – Article 140 of the Constitution has been enacted because of the IS group,” al-Rashidi says, referring to Iraq’s so-called disputed areas. These are parts of Iraq that authorities in the semi-autonomous region of Iraqi Kurdistan say belong to them but which the government in Baghdad says are part of Iraq. As Iraqi Kurdish military have fought the IS, they have taken control of some of the disputed areas.

All efforts are now focussed on getting rid of the IS fighters from Ninawa. “But we should also form an interim local authority to replace the current one, whose mission is to negotiate the new administrative set up here, with Baghdad,” al-Rashidi explains. “In practical terms, we are going to have a small, weak region that needs close connections to other provinces, like Anbar, Diyala or Salahaddin, to make it stronger [the latter are all Sunni Muslim-majority areas] and to help improve the local people’s lot . Because they have been neglected by the central government for years. It’s an effort that will require years,” al-Rashidi tells NIQASH.

This problem is part of the reason that many are still opposed to the idea of a semi-autonomous region. They want to keep Ninawa a regular province of Iraq but, they say, this requires a genuine political partnership with Baghdad, free of sectarian or ethnic bias.

“Decentralization is the only cure,” argues Saad Hani, who ran as an independent candidate for Ninawa in recent elections. “Administrative decisions should be made within the province but there should be direct support for the province from the central government. That ensures that the danger of division is avoided and that internal and external threats are minimised.”

Of course, for some of Ninawa’s residents all of the above means nothing. Various ethnicities and sects in the province – the Yazidis, Turkmen, Christians and Shabak – have all been badly hurt by the IS group. And they do not want to go back ever again. Instead they are still calling for an independent region – or perhaps a special area in Ninawa that would come under United Nations supervision – for the badly treated minorities of Ninawa.