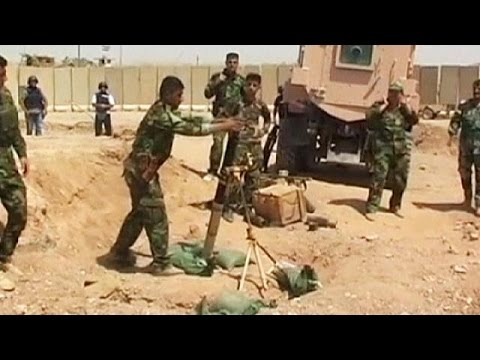 Joint Iraqi and Kurdish forces began moving into Tikrit on Tuesday night into Wednesday after victories over the so-called Islamic State of Syria and the Levant in villages around Amerli, including Sulaiman Bek. Several previous attempts to take Tikrit this summer have failed.

On Monday, allied Iraqi forces cleared the Shiite Turkmen town of Amerli of ISIL guerrillas. The some 15,000 Turkmen in that town had faced being massacred by the hyper-Sunni ISIL.

They also took the nearby town of Sulaiman Bek, which ISIL had held from early June and which it had used as a base from which to menace Amerli, along with some neighboring villages.

The ISIL fighters were forced to flea in the face of superior firepower, including US and Iraqi airstrikes on their positions in support of the coalition on the ground.

Sunni populations in the towns around Amerli to the west are said to be worried about reprisals, since they gave refuge to ISIL fighters and some joined in pro-ISIL demonstrations in Jerusalem.

Whereas for Shiite militias to help take Amerli was politically expedient, Tikrit will be a different story. A ragtag band of Kurdish Peshmerga, allied with Shiite militias will be a pretty terrifying sight to most Sunni residents of Tikrit.

Meanwhile, British Prime Minister David Cameron suggested that the British Royal Air Force may join the US Air Force in carrying out strikes on ISIL positions. This development would depend in part on the Iraqi government asking for British aid in its fight against ISIL. One problem for Cameron is that ISIL is popular among some British Sunni Muslims (the UK has nearly 3 million Muslims (out of a population of 63 million), very large numbers of them originating in villages in Kashmir, but others having come in a big wave of immigration from all over the Muslim world in the past decade and a half. Only a small minority are Shiites. So the image of Britain bombing Sunni population centers on behalf of Shiite and Kurdish governments and Shiite militias in tacit alliance with Iran is not going to go over well among many British Muslims