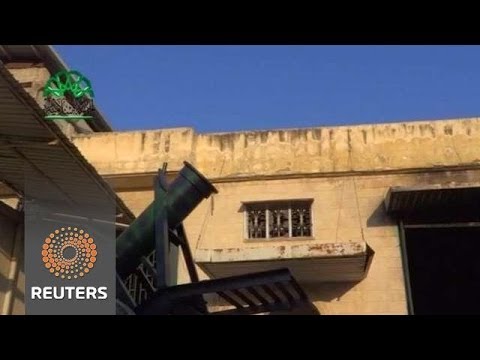 Long before March of 2011, when Syrian demonstrations calling for reform and in some cases, regime change, morphed into a full-blown military conflict that has transformed into a supranational bloodbath, the economic and political policies of Bashar Al-Assad’s Baa’thist regime undoubtedly fomented major discontent among various segments of Syria’s population. While both formal and informal opposition to the current regime has been active since Bashar Al-Assad took power via presidential referendum in 2000 after the death of his father and late President Hafez Al-Assad, events in the south-Syrian bordertown of Dera’a would forever change the socio-political dynamics of a nation ruled by the iron fists of the Al-Assad clan for more than four decades. Upon assuming the mantle of power in Syria, Syrians hopeful of political and economic liberalization under the modern, western-educated ophthalmologist-turned-president Bashar Al-Assad were mainly met with disappointment.

However, in a nation where the mukhabarat (secret police informants/intelligence agents) have long infiltrated all segments of society and institutions, a general aura of fear, suspicion, and paranoia persisted well into Bashar’s reign. I witnessed this first-hand when I visited and stayed in Dera’a for a few days with family friends several years before the uprising and recall the kind of vexing stares I received from some of those whom I attempted to raise the issue of Syrian politics with. I was a bit naïve and so I, more than anything, wanted to know if the stories I had heard about Syrian fears of the regime were legit. They were.

During the same year Bashar Al-Assad took power, ninety-nine Syrian intellectuals, writers, and critics crafted and signed the “Statement of 99” calling for an end to emergency rule/martial law that had been in place since 1963, for the state to pardon political dissidents detained, imprisoned, deported, or exiled by his father’s regime, formal recognition and implementation of freedom of assembly, press, and expression, as well as an end to the surveillance of its citizens by the secret police and security forces [1]. The movement behind the statement was composed of both anti-regime hardliners as well as moderates who collectively sought political reform. The result of long-festering political and economic dissent among Syrians, the “Statement of 99” was a brow-raising announcement that, at minimum, made the regime slightly uncomfortable. The formation of various think-tanks, organizations, and social and political ‘parties’ coincided with Bashar’s takeover of Syria- all of which were critical of the regime’s political and economic monopolies on the country caused the regime to crack down on dissenters. The following year, in 2001, one thousand academics, critics, and activists launched the “Statement of 1,000” which expanded on the previous statement’s tenets and called for a multi-party democracy to supplant the one-party Baa’thist state. This was met with another, albeit harsher, government crackdown [2].

The rise of social media was particularly worrisome for the regime as many officials viewed it as a possible platform for dissenting Syrians to collectively voice and spread their opposition to fellow citizens around the country. In 2007, in an attempt to thwart such possibilities, the Assad regime banned Facebook from Syria but on the grounds that social media could be manipulated by the Israelis for subversive purposes [3]. Facebook was joined by frequent bans on Microsoft Hotmail and other internet services that the regime deemed to be potential conduits for engaging in and propagating political dissent [4]. Government control over the media was incredibly tight under Assad who, in 2001, passed the Press Law that which subjected all (even posters) printed media materials to government censorship and control which was condemned in a memorandum to the Syrian Government by human rights groups (Decree No. 50/2001: Human Rights Concerns) [5]. Clearly, the regime was desperate to quell unfavorable opinions about the regime in any and all forms and was willing to undermine civil society for ‘national security’ concerns through their unreasonable policies- policies which only increasingly infuriated Syrians. A 2006 report by the Committee to Protect Journalists (CPJ) placed Syria among the top-ten most censored countries in the world, as did a 2006 report published by Reporters without Borders who claimed that it was common for Syrian security forces to arrest, interrogate, or try individuals for attempting to either view, download, or write on forbidden topics or issues (e.g. uploading or sharing images of police brutality or criticizing a regime official or regime policy) [6].

Nonetheless, while civil rights were systematically and successfully suppressed by the regime, the Syrians also faced an intolerant dictatorship that was inefficient and corrupt. The continued kleptocratic behavior of regime officials and relatives of the president had begun to exacerbate Syrian resentment towards the regime. For example, individuals like Al-Assad’s maternal cousin Rami Makhlouf, one of Syria’s most powerful men as well as being its wealthiest, with an estimated worth of $5 billion, and who has stakes in and in some cases, a monopoly over, some of Syria’s key economic sectors including telecommunications, oil, real estate, duty-free stores, and television and is believed to control a large portion (some say up to half) of country’s economy through an array of lucrative business dealings [7/8]. For many Syrians, Makhlouf was the quintessential graftocrat, using his family ties to build a fortune while most Syrians struggled to make a living. The U.S. even placed sanctions on him three years before the start of the Syrian uprising, accusing him of ‘public corruption’, which although a politicized move, was still rooted in some reality [9]. Tarnishing his image even more, he claimed he would relinquish some of his holdings and donate some of his wealth to Syrian charities to help the displaced, which according to many Syrians was laughable considering where the money came from in the first place [10]. Before the war, about 30% of Syrians lived in poverty despite having an unemployment rate under 10% [11].

Moreover, the regime’s disastrous mismanagement of water resources during a drought between 2006 and 2010 compounded Syrian economic woes and led to increased gaps between socioeconomic classes in Syria as farmers were unable to make a living due to the desertification of their agricultural lands [12]. Agriculture made up 22% of Syria’s economy before the uprising and subsequent war, and therefore had a wide-reaching impact on the country as a whole when farms began to vanish [13]. This led to frustration with the regime, who then initiated the cancellation of important subsidies which facilitated farming as well as social unrest for the inhabitants of rural communities who had to leave and find work elsewhere, according to Dutch environmentalist Francesca de Châtel [14]. 1.5 million Syrians (mainly from farming families) were forced to find work, at times, far away from home [15]. While the drought was obviously not the fault of the regime, its past policies and lack of foresight contributed to the crumbling of one of its most viable economic sectors which led to major financial stress for millions of Syrians.

All of these grievances began to fester when anti-regime protests began in early 2011. While initially limited to small demonstrations calling on the lifting of the Emergency Laws and better economic policies, the government was able to contain them with relative ease. When they grew as they did in Dera’a in March of that year, the government’s crackdowns intensified and greater numbers of Syrians became disillusioned by the regime’s insincerity in addressing and implementing political, social, and economic reforms. The zero-tolerance policies of the Assad regime only sought to radicalize some already, economically and politically disenfranchised segments of the Syrian population, some of which had been subdued by his father in previous years and had since been boiling with discontent.

Frequent political miscalculations by the regime alongside growing internal dissent caught Al-Assad by surprise as he and his party were unequipped and unprepared for the situation that ensued. It is on these grievances and frustrations that not just Syrian, but regional and extra-regional actors sought/seek to bank on and exploit Syria’s political fragility. When it was realized that the indigenous uprising was not going to lead to regime change, several local and global powers (Saudi Arabia, Turkey, Qatar, Kuwait, the U.S., and militant organizations like I.S.) maneuvered to increase the pressure on Al-Assad by providing money and arms as well as technical and logistical support to Syrian and non-Syrian armed factions, groups, organizations, and militias to upset the balance of power. On the other side of the equation, Syria’s allies including Iran, Russia, Hezbollah, and Iraq have been actively involved on the side of the regime in an attempt to preserve the status quo- that is, to maintain power through a corridor of states whose regimes (or major non-state political actors) share economic, geo-political, religious and ideological ties and interests. Today, and as a result of politico-economic competition and hegemonic ambitions by a number of regional and more global powers , Syria is politically fragmented and partially decentralized, its population splintered, and its borders blurred as it continues to burn in an uncontrollable proxy war that has fomented major regional instability and has led to the deaths of nearly 200,000 Syrians and counting [16].

Tareq Ramadan is a PhD Candidate specializing in Arab and Islamic Studies and teaches classes on Middle East History and Contemporary Arab Society at Wayne State University in the U.S.
——–