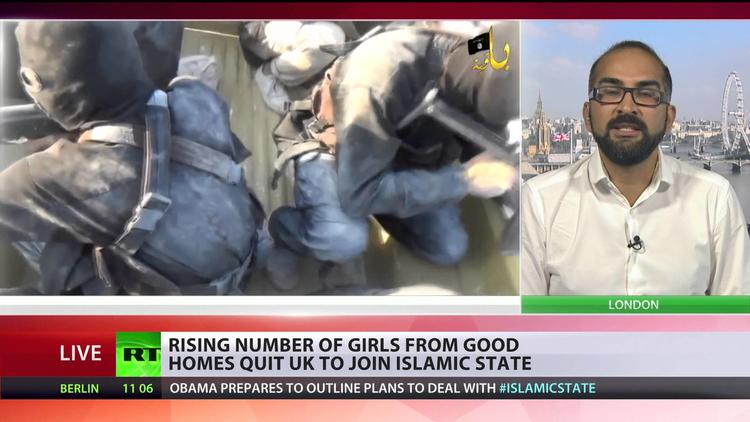 Ever since George W. Bush invaded Iraq and created the circumstances under which al-Qaeda could take root and flourish there from 2003 forward, al-Qaeda in Mesopotamia (which later styled itself the “Islamic State of Iraq”) has taken captives and has beheaded them on film. It was doing this in 2004

These acts of public brutality against a helpless individual are intended in part to announce that despite their military superiority, Westerners are not 10 feet tall and can be cut down to size. They announce leadership and encourage angry young men to join ISIL rather than one of its many rivals. They also push Western publics to demand reprisals. Reprisals in turn can be used by the radical group as proof to its followers that it really is being unjustly targeted by the big bad superpower. It is a passive aggressive form of terrorism.

For these reasons, I don’t typically talk about kidnappings or beheadings of captives at this blog. It is an artificial phenomenon carried out precisely for people to talk about ISIL.

In the UK, the killing of the aid worker David Haines by ISIL comes at a time when the government is divided. Foreign Minister Philip Hammond had said last week that the UK army military would not be aerially bombing ISIL. The PM David Cameron heard about this and contradicted it publicly. This show of disunity on the part of a prominent America ally is the sort of thing the “Islamic State” group is going for. Syria could actually be bombed in part because of ISIL’s barbarous action.

It seems to me that editors should refuse to play along with this sick game.

The fact is that almost no news organization covers the killing of American troops in Afghanistan any more. If it happens it is on page 17, and this had been the case for years. So let’s get this straight. The Taliban can actually kill US troops without our headlining the fact. But the slaughter of an innocent captive is front page news. These are editorial decisions, not acts of nature.

RT: “‘ISIS killing far more Muslims than they can admit’