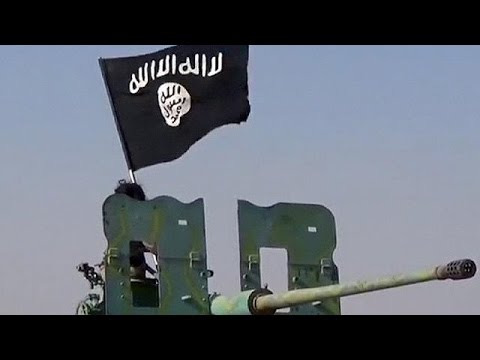 Over recent weeks there has been a constant background noise that Islamic State and its ideology are some sort of throwback to a distant past. It is often framed in language used last week by the deputy prime minister, Nick Clegg, who claimed that ISIS is “medieval”. In fact, the terrorist group’s thinking is very much in a more modern western tradition.

Clegg’s intervention is not surprising. Given the extreme violence of Islamic State fighters and the frequent images of decapitated bodies, it is understandable that we attempt to make sense of this violence as somehow radically “other”.

But this does not necessarily help us understand what is at stake. Above all, this tends to accept one of the core assertions of contemporary jihadism, namely its claim that it reaches back to the origins of Islam. As one Islamic State supporter I follow on Twitter is fond of saying: “the world changes, Islam doesn’t”.

This is not just a question for academic debate. It has real impact. One of the attractions of jihadist ideology to many young people is that it shifts generational power in their communities. Jihadists and, more broadly, Islamists present themselves as true to their religion, while their parents, so they argue, are mired in tradition or “culture”.

It needs to be said very clearly: contemporary jihadism is not a return to the past. It is a modern, anti-traditional ideology, with a very significant debt to western political history and culture.

When he made his speech in July at Mosul’s Great Mosque, declaring the creation of an Islamic State with himself as its caliph, Abu Bakr al-Baghdadi quoted at length from the Indian/Pakistani thinker, Abul A’la Maududi, the founder of the Jamaat-e-Islami party in 1941 and originator of the contemporary term “Islamic State”.

Maududi’s Islamic State is profoundly shaped by western ideas and concepts. He takes a belief shared between Islam and other religious traditions, namely that God alone is the ultimate judge of a person, and transforms this – reframing God’s possession of judgement into possession of, and ultimately monopoly of, “sovereignty”. Maududi also draws upon understandings of the natural world governed by laws that are expressions of the power of God – ideas at the heart of the 17th-century scientific revolution. He combines these in a vision of the sovereignty of God, then goes on to define this sovereignty in political terms, affirming that “God alone is the sovereign” (The Islamic Way of Life). The State and the divine thus fuse together, so that as God becomes political and politics becomes sacred.

Such sovereignty is completely absent in medieval culture, with its fragmented world and multiple sources of power. Its origins lie instead in the Westphalian system of states and the modern scientific revolution.

But Maududi’s debt to European political history extends beyond his understanding of sovereignty. Central to his thought is his understanding of the French Revolution, which he believed offered the promise of a “state founded on a set of principles” as opposed to one based upon a nation or a people. For Maududi this potential withered in France, its achievement would have to await an Islamic state (The Process of the Islamic Revolution).

In revolutionary France, it is the state that creates its citizens and nothing should be allowed to stand between the citizen and the state. That is why still today French government agencies are prevented by law from collecting data about ethnicity, considered a potential intermediary community between state and citizen.

This universal citizen, separated from community, nation or history, lies at the heart of Maududi’s vision of “citizenship in Islam” (Islamic Way of Life). Just as the revolutionary French state created its citizens, with the citizen unthinkable outside the state, so too the Islamic state creates its citizens. This is at the basis of Maududi’s otherwise unintelligible argument that one can only be a Muslim in an Islamic state.

Don’t look to the Koran to understand this – look to the French Revolution and ultimately to the secularisation of an idea that finds its origins in European Christianity: Extra ecclesia nulla salus (outside the church there is no salvation), an idea that became transformed with the birth of modern European states into Extra stato nulla persona (outside the state there is no legal personhood). This idea still demonstrates extraordinary power today, the source of what it means to be a refugee.

If IS’s Islamic State is profoundly modern, so too is its violence. IS fighters do not simply kill. They seek to humiliate as we saw last week as they herded Syrian reservists wearing only their underpants to their death. And they seek to dishonour the bodies of their victims, in particular through postmortem manipulations.

Such manipulations aim at destroying the body as a singularity. The body becomes a manifestation of a collectivity to be obliterated, its manipulation rendering what was once a human person into an “abominable stranger”. Such practices are increasingly evident in war today, from the Colombian necktie to troops trading images of body parts to access pornographic websites during the Iraq war.

Central to IS’s programme is its claim to Muslim heritage (witness al-Baghdadi’s dress). Part of countering this requires understanding the contemporary sources of its ideology and its violence. In no way can it be understood as a return to the origins of Islam. This is a core thesis of its supporters, one that should not be given any credence at all. Nazism wasn’t medieval, nor is Islamic State.

Next, read this: There is nothing ‘medieval’ about Islamic State atrocities – they’re just cruel and brutal

Kevin McDonald has received funds from the European Commission as a Marie Curie International Fellow and the Australian Research Council. Part of this article draws on research funded through those grants.