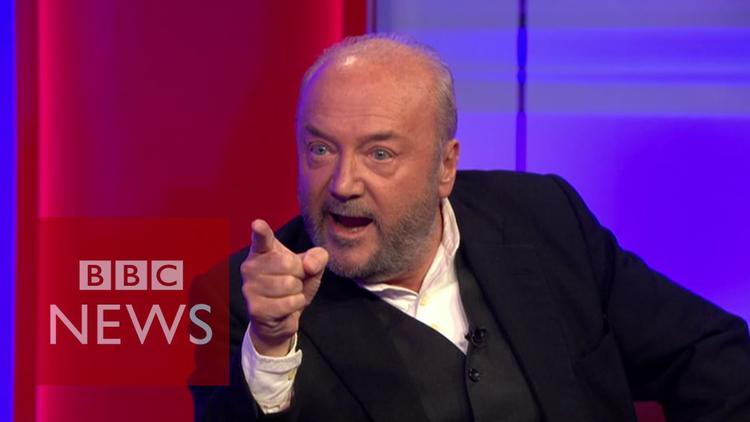 “George Galloway told a former member of Tony Blair and Gordon Brown’s cabinets she killed one million people in Iraq. The former Labour MP, now a Respect MP, turned on Jacqui Smith as they looked ahead to Friday’s vote in Parliament on possible UK military action in the Middle East.”

Ed. note: It isn’t so much that one necessarily agrees with Galloway’s alternative in every detail so much as that it is refreshing to see politicians speaking frankly and having such sentiments appear on national television. When has any of the networks aired a US Congressman talking to a Bush cabinet member this way? -JRC