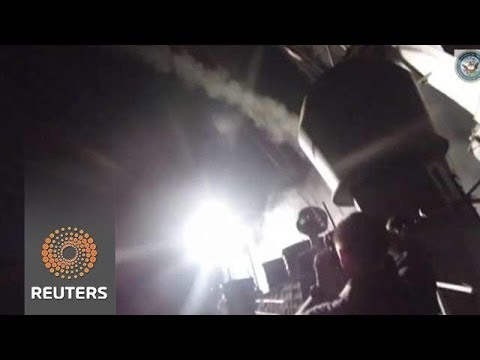 The decision by President Obama to launch missile and air strikes against Islamic State (IS) and the al-Qaeda affiliate “Khorasan” in Syria draws the United States ever closer to yet another prolonged military confrontation in the region.

But there’s a difference this time: the participation of a coalition of Arab states, variously offering diplomatic, intelligence and military support. So far, the partner states have been named as Saudi Arabia, Qatar, the United Arab Emirates (UAE), Bahrain, and Jordan.

From Washington’s perspective, the importance of Arab participation is obvious: a synchronised display of high-level multinational cooperation is clearly meant to head off the usual criticism of the often unilateral nature of US foreign policies.

This is of particular importance for President Obama, who has invested considerable capital over the years in distancing himself from the Bush administration’s war in Iraq.

As he put it in his brief statement announcing the strikes: “The strength of this coalition makes it clear to the world that this is not America’s fight alone.”

The White House clearly hopes that the participation of Arab partners will undermine that radical Islamist narrative of “the West versus Islam”, and instead reframe the conflict as another chapter in the decades-old struggle between the vast moderate Muslim majority and a tiny minority of radicals.

But aside from these explicit American goals, Obama’s new Arab partners have interests of their own.

Both Qatar and Saudi Arabia can hope to shift attention away from the criticism for their attitude to Islamist extremism. Over the years, they have been charged not only with supporting radical Islamists in Syria, but also with allowing their religious elites to propagate a version of Islam that is open to easy manipulation at the hands of radical jihadist recruiters.

Both countries will also hope that weakening the radical Islamists of IS will help moderate elements of the Syrian opposition regain the initiative against the regime of Bashar al-Assad. Some among the elites of Riyadh and Doha might even be hoping Washington will realise the threat of IS will never be extinguished while Bashar al-Assad’s regime remains in place – and that Obama will see the job is finished.

Finally, Saudi Arabia in particular clearly has to be concerned with preventing the success of an organisation which aims to establish the perfect “Islamic state”.

IS’s claim to ultimate leadership of the world’s Muslim community as put forward by its leader, Abu Bakr Al-Baghdadi, is a direct challenge to the Saudi claim for global religious leadership based on King Abdullah’s role as “custodian of the two holy places” in Mecca and Medina.

Saudi authorities are fully aware that al-Baghdadi’s radical Islamist fringe project has attracted followers from Saudi Arabia, with recent estimates putting the number at up to one thousand.

As Nawaf Obaid and Saud al-Sarhan have pointed out, Saudi Arabia is the ultimate target for any “serious” radical Islamist organisation, whether IS now or al-Qaeda in years past.

Al-Qaeda on the Arab Peninsula (which consists not just of Yemeni Islamists, but also Saudi Islamists), driven out by Saudi counterterrorism measures over the last decade, is now beginning to mutter words of approval and support toward IS, and Riyadh will be deeply concerned about the spectre of being engulfed in an arc of Islamist instability to its south and north.

Trouble at home: Bahrain and the UAE

Like Saudi Arabia and Qatar, the UAE and Bahrain can also use their involvement in the campaign against IS to demonstrate their value as strategic assets to the United States.

Often belittled as “security importers” for relying on American protection to counter the threat posed by Iran, governments in these countries can now prove that they can make their own contributions to regional security.

But their involvement in the anti-IS coalition feeds into a broader narrative of tackling a general Islamist threat – one that has long threatened to destabilise them at home.

For their part, Saudi Arabia and the UAE have been very outspoken critics of what they saw as a lack of US stamina in supporting authoritarian allies such as Hosni Mubarak in Egypt during the early days Arab Spring. They have also both raised the alarm over the rise of the Muslim Brotherhood, which they see a direct threat to their own domestic integrity.

Irrespective of the exact nature of the ideological linkages between moderate and radical Islamists, the Muslim Brotherhood’s politicised version of Islam sees the Gulf monarchies as antithetical to the notion of a just Islamic society.

By joining forces against IS, then, the ruling families in Riyadh, Abu Dhabi and Dubai are clearly hoping to drive home their vision of a monolithic Islamist threat to both protective Western governments and their own restive populations.

Meanwhile, often-overlooked Jordan can use its participation in the anti-IS alliance to once again prove its relevance as a strategic regional partner for the US.

Jordanians are not just dealing with a refugee crisis created by the meltdown in Syria and Iraq; they also have first-hand experience of the disastrous human costs of the radical ideology which drives IS: in late 2005, supporters of Abu Musab az-Zarqawi, leader of al-Qaeda in Iraq (a splinter from which later formed the backbone of IS), attacked a number of hotels in Jordan’s capital Amman, killing 60.

Just recently, Jordanian authorities arrested a number of individuals suspected of involvement with IS. The Jordanian security services also enjoy one of the best track records of any regional intelligence agency in infiltrating radical Islamist groups, such as al-Qaeda in Iraq.

This expertise, plus the training facilities where Western special forces can train members of the moderate Syrian opposition, might well prove crucial for international efforts to deal with both IS and the Assad regime.

In the end, the Arab partners in general will still expect concrete returns for offering their Western allies not just diplomatic cover, but also serious military and intelligence support.

Most pressingly, it’s very likely that these governments will expect Washington to take their views on board when it negotiates a more permanent deal with Tehran over Iran’s nuclear programme. Ever since the announcement of a preliminary deal between the two sides, the Gulf monarchies have made clear their displeasure at the US’s apparent eagerness to bring Iran back in from the cold without sufficient heed to Arab concerns.

Washington’s Arab allies will hope that the Arab states’ participation in strikes against IS will make Western audiences more willing to tolerate or even support “wars on terror” at home in the Middle East – in which, all too often, moderate Islamists and secular liberals get caught up.

But the endurance of authoritarian rule is a major root cause of the Middle East’s chronic instability. It it would be all too easy for the West to let it continue unmolested in return for help with the crisis at hand – however badly that help is needed. Washington must not fall into that trap.

Lars Berger does not work for, consult to, own shares in or receive funding from any company or organisation that would benefit from this article, and has no relevant affiliations.