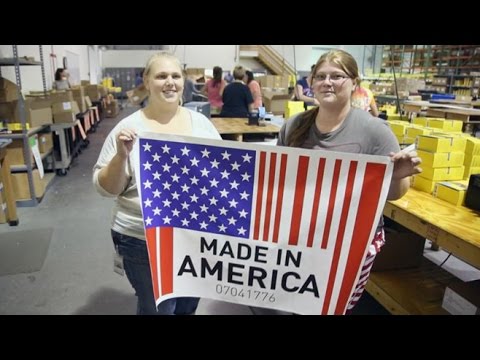 Calling the bottom of a river a “bed” is a metaphor. Imagine the river restlessly sleeping on its muddy mattress. But when we’ve so internalized a metaphor that we forget it is a figure of speech, as with the phrase “river bed,” it is called a “dead metaphor.”

Labor Day is, alas, akin to a dead metaphor in contemporary America. There was a time when, as in 1936, the unionized auto workers could make effective demands from their employers, for higher wages and better working conditions. Workers no longer get better off in today’s USA. They are often summarily dismissed if they try to unionize. They are badly paid. Good jobs have been switched out for bad jobs. Tax policy has been manipulated by the wealthy and corporations, who have bought Congress and state legislatures, so as to ensure that the rich get richer, and richer and richer.

The US has one of the worst records on wealth and income inequality in the advanced industrialized world. This situation is bad for everyone. Rich people still only need one or two refrigerators. Many poor people can’t afford any. Having a small number of super-rich and a large number of poor means that refrigerator manufacturers can’t sell as many refrigerators as they could in a more equal society, which means that they can’t hire many workers, which reduces the number of jobs in the manufacturing sector.

So as we burn dead meat and play frisbee in a warming climate, we could stop to consider the lives of the laborers we are theoretically honoring:

1. There has been a decade of stubborn wage stagnation. The Economic Policy Institute notes:

“According to every major data source, the vast majority of U.S. workers—including white-collar and blue-collar workers and those with and without a college degree—have endured more than a decade of wage stagnation. Wage growth has significantly underperformed productivity growth regardless of occupation, gender, race/ethnicity, or education level. ”

In contrast, the wealthy have been getting a larger share of any income growth: “The top 20 percent of the highest income households in the U.S. experienced 60.6 percent of total wage gains between 2005 and 2012…” The top 5% alone took home over a quarter of all the wage gains in those years.

2. EPI observes that the lost decade comes on top of previous decades of wage stagnation, going back to about 1970, which reversed the era of wage growth after World War II:

3. Only 11.3% of wage and salary workers belong to unions in 2014. This is down from about 35% at the peak of the movement in 1954, and down from 20% in 1983. This vast decline in unionization is not because workers don’t want the protections of union organization. It is because state legislatures have deliberately passed laws aimed at weakening unionization rights and because large corporations have systematically fired workers who tried to unionize, despite this practice being supposedly illegal.

4. Income inequality is greater than at any time since 1928. Workers are taking home a smaller slice of the overall pie, while the wealthy and superwealthy are walking away with the lion’s share. It is not in fact clear that most financiers are more important to you than your plumber, but the former make hundreds of times what the latter does. Pew Research Center remarks,

Wealth ownership inequality is even greater than income inequality: “the highest-earning fifth of U.S. families earned 59.1% of all income, the richest fifth held 88.9% of all wealth…”

5. Although there are signs of a halting recovery from the massive job losses that began in 2008 as a result of Wall Street corruption and reckless business practices, the new jobs added pay substantially less than the ones that were lost. USA Today observes,drawing from a report by the U.S. Conference of Mayors and IHS Global Insight,

“The jobs regained since the recession have, as a whole, been lower paying than the ones lost. According to the IHS report, the average annual income of jobs lost between 2008 and 2009 was $61,637, while the average for those gained through the second quarter of 2014 was $47,171. This amounts to a wage gap of 23 percent and $93 billion in lower wage income . . . Jobs in low-income fields such as hospitality, which pay around $21,000 a year, replaced jobs lost in high-paid sectors such as manufacturing, which pay $63,000, the report found. ”

And, you guessed it, the top 5 percent in contrast have made out like bandits in the same period.

ABC News: “Made in America Investigation: American Workers Fighting Back”