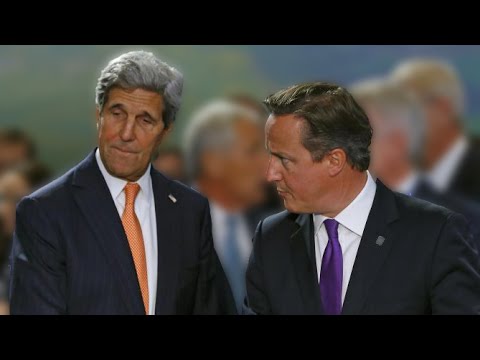 By Adam Quinn, University of Birmingham via The Conversation

US president Barack Obama has yet to work out exactly what America’s strategy is in confronting Islamic State (IS), and has been foolish enough to say so in public. Cue the foreseeable torrent of point-scoring from opponents.

As Vox’s Zack Beauchamp perceptively pointed out, however, a more sympathetic interpretation of what Obama meant in context is not “that he has no idea what he’s doing in Iraq”, but rather that:

… there is no good strategy available for fully defeating ISIS in both Iraq and Syria.

With all due respect to a Washington foreign policy community apparently surprised and annoyed by Obama’s reluctance to jump in with both feet with a major military intervention, his instincts are sound.

I have written in The Conversation before that the smorgasbord of unpalatable options available to Obama owes a great deal to the cataclysmically destabilising actions in the region of his predecessor, most especially the 2003 invasion of Iraq. I have also argued elsewhere that the president was wise to be extremely wary of wading into an interventionist role during the early stages of the Syrian civil war.

Arguments that the US could have averted IS’s rise by funnelling weapons to moderates at the right time are a comforting fantasy, predicated on an inflated estimation of the United States’ ability to shape events on the ground.

But let’s not re-litigate the past here. What can or should Obama do? And is he guilty of shilly-shallying in a situation that demands urgent action?

First, the obvious. IS’s rise is bad from the perspective of pretty much everybody except the group itself. As an ideological force it combines religious fundamentalism, sectarianism and brutality in such a strong brew that even al-Qaeda doesn’t want to be associated with its actions.

With its proclivity for mass executions, forced conversions and ethnic cleansing, IS has managed the impressive feat of being utterly friendless in a region where being the right person’s enemy is usually sufficient to make you at least one or two allies of convenience. As Slate’s Fred Kaplan put it:

It’s a phenomenal thing: Everybody hates ISIS – the United States, Saudi Arabia, Iran, Iraq, Syria, Egypt, Jordan, Israel. Nearly all Middle Eastern countries and their big-power backers (including Russia and probably China too) would like to see it crushed.

Its new tactic of gruesomely beheading kidnapped American journalists – partly as ransom-blackmail scheme, partly a pose of warped ideological bravado – has merely confirmed its status as the ne plus ultra of international pariahs. This should augur well for bringing about its ultimate defeat. The chief obstacle lies in the fact that while all these governments may not want to see IS triumphant, the incompatibilities between what they do want are sufficiently stark as to render concerted action tricky.

The decisions about limited US intervention that Obama has had to make thus far have been, if not so easy as to be automatic, then at least not among the most challenging he has ever had to make.

When northern Iraq’s Kurds, arguably the United States’ most solid and reliable allies in the region for the last two decades, needed support from the air to repel a sudden IS advance into their domain, retake a key dam and facilitate the escape of thousands of fleeing Yazidi civilians trapped on a mountain, it was an unwelcome re-entangling of the United States in intra-Iraqi conflict. But it was so obviously the right thing to do that in the end it presented little in the way of a dilemma.

How – and whether – to go about the vastly larger task of breaking IS control over the territory it still commands is a far more difficult question. In Syria, where IS is firmly established as the dominant anti-government rebel force, there is no way that the United States can strike at it without tacitly aiding the cause of Bashar al-Assad. The UN has accused the regime of war crimes and Obama has explicitly demanded Assad should leave office.

Yet according to Obama’s top military adviser, there may be no way to really knock IS from its perch in either country without acting within Syria.

Even if we limit the question to action that might be taken within Iraq, while it may be clear that the US should be willing to act to defend its staunch Kurdish allies, it is far from clear that it can uncomplicatedly stand shoulder-to-shoulder with the Iraqi national government.

That government, whose closest international ally is Iran and whose brazenly sectarian Shia orientation – at least until Nouri al-Maliki’s toppling as prime minister in August – his replacement is yet to be tested – did more than anyone to feed the profound sense of disenfranchisement among the Sunni population that provided IS with the fertile soil in which its roots are now deeply embedded.

Even if Obama were to set aside all his rational and temperamental reservations about re-deploying US military resources more fully in Iraq, there is no reason to believe – as The Economist’s Matt Steinglass has pointed out – that the US knows any better now than it did in 2003 how to successfully navigate the essential next stage. That is to construct an Iraqi state with the pluralistic culture and institutions required to address the underlying source of disillusion and violent resistance on the part of Iraq’s Sunnis.

The New Yorker’s Dexter Filkins, who has spent much time on the ground in the region today and over the past decade, may have offered the key insight. He suggests that the US is the last actor still clinging to the idea of “Iraq” as a viable political entity long after the “Iraqis” themselves, of all religious and ethnic stripes, have moved on.

If the US is to make it a priority to undermine – and ultimately destroy – IS as a political force, it will be a tough mission. It will require patient and skilful coalition-building, and a willingness to significantly compromise America’s ideals on other fronts.

Throughout such an effort, Obama will have to contend with a general population at home that is sick and tired of wars. Americans are disinclined to shed blood for anything short of a true emergency.

He will also face constant sniping from political opponents whose primary mode of engagement with foreign policy has become the issuing of vacuous paeans to strength, leadership and “urgency” – all of which Obama is asserted to have in insufficient quantity – rather than constructive engagement with the unhappy trade-offs America’s actually existing options demand.

If Obama is to take all this on, it would be useful to know not just whom the US would be seeking to kill and what bad things they have done, but towards what realistic, achievable end-state it would be fighting. That is the great unanswered question of US involvement in both Iraq and Syria today.

Being increasingly aware of this, it is no wonder Obama still considers his strategy a work in progress. Unencumbered by such awareness, his bellicose critics embody the facile faith in the utility of military force that did so much to generate America’s present Middle Eastern sorrows.