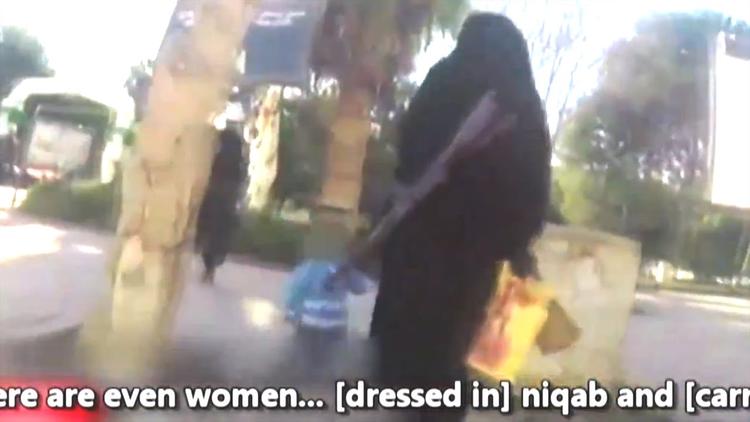 “”A mother, with an AK-47 slung over her shoulder, walks her child to a playground. A man driving a car orders a woman to cover her face: ‘God loves women who are covered.’ A woman in an Internet cafe, in flawless French, tells her mother that she won’t be coming home: ‘I did not take the risk by coming here to go back to France.’

“The world got a rare glimpse at life inside the ISIS-controlled city of Raqqa thanks to an intrepid, unnamed Syrian woman who wore a hidden camera under her niqab as she walked around the northern Syrian city, which fell to ISIS militants 18 months ago.”

The video report was commissioned by France 2 and posted to YouTube.“ *