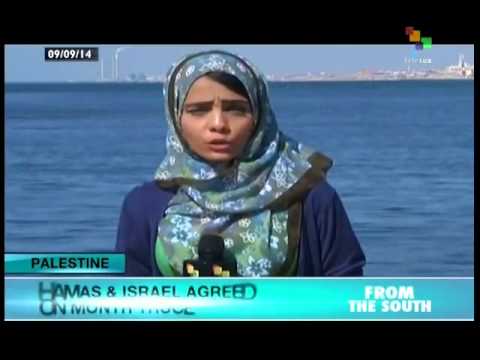 Much recent commentary on forging a lasting peace between Palestinians and Israel makes two deceptive and unproductive claims: 1) Hamas is responsible for the recent violence and must alter its behavior; 2) More generally, both Israel and Palestinians must make “painful concessions.” This preoccupation with Hamas severely overinflates its role and importance. The call for parallel, substantial concessions distorts the reality that only one side, Israel, has power and control of the other side. Therefore, only Israel has the capacity to make substantive changes.

First, let me make clear how I feel about Hamas.

On March 25th, 2011, I was harshly threatened and very nearly beaten by Hamas adherents in the Gaza Strip, a place where I have spent much time over the past 20 years. The Tunisia and Egypt-mimicking Day of Rage quickly became factional and by nightfall Hamas police set out to clear a square packed with thousands of anti-Hamas protesters.

Companions and I were ordered off the sidewalk. We were then chased away from the square by a gang of young thugs flailing wooden sticks; only to be confronted from the other direction by a gang of older, pipe wielding thugs. They never hit us, but it was clear that they would have. The raw panic in the eyes of my companions revealed that they likely knew all too well from personal experience what such a beating would have been like.

They had accomplished their goal of preventing us from viewing the Hamas sweep of the square. Fifteen minutes later the square was vacant; not even the scent of a person remained; just a haunting desolation. The morning news brought the details of the brutal operation.

My little personal experience is, of course, insignificant, except to reveal my own antipathy to such a group. Its penchant for brutality is plenty evident in its vicious crackdown on tribal and political factions within Gaza in 2007, not to mention the horrific spate of suicide bombings in Israel during the early late 1990s.

And, yes, recently Hamas shoots rockets indiscriminately into civilian areas. Yes, it build tunnels to gain military access into Israel. Yes, it governs its people with an iron fist.

But, if we could take Hamas out of the picture with a magic wand, would it bring us any closer to peace? To say yes is to inflate the relevance of the current moment. Or, to use a fancy but necessary word, it decontextualizes the conflict.

Hamas wasn’t even organized until 1987—20 years after Israel took control of the territories—and it didn’t ascend to any meaningful level of influence until nearly 2000, as a militant force, and 2006 as a governing entity. During the late 1990s, when I spent much of my time in Gaza, adherents of Hamas were very much on the public fringe. Friends would often surreptitiously point out “a bearded one” and make light of him.

That Hamas has never enjoyed majority support is also clear statistically. Polls conducted by the Palestinian Center for Policy and Survey Research asking who respondents would vote for in a new election (this question was first asked in December 2005) reveal that average support in Gaza for Hamas from December 2005 through June 2014 has been only 35% (28% in the West Bank).

But that changed dramatically in the recent outbreak of violence. Ironically, the real impact of the Israeli military campaign in Gaza is not best appreciated in the harrowing numbers of death, injury, and destruction. Rather, it is seen in the unification of Palestinians, and, specifically, in their increased support for Hamas. Notably, this is true especially in the West Bank. The first poll since the war ended last week shows that the percentage of Gazans who would vote for Hamas in a new election has risen to 44%, and to 47% of West Bankers. Moreover, relative to ratings for the PA (36%), the reconciliation government (43%), and the PLO (44%), fully 88% of all Palestinians registered approval of Hamas’ performance.

Repeatedly over the past weeks I have asked my friends and colleagues in Gaza if they were angry at Hamas for bringing this death and destruction upon them. The answer has been firmly and uniformly “no.” And, the immediate clarification of that answer, from the poorest refugee camp dweller to the most accomplished professional, reveals the essentiality of the historical context. To a one, people have defended Hamas’ resistance—not out of ideological sympathies, but as imperative because they feel that Israeli control over their lives has reached a level of suffocation and a degree of dehumanization that resistance is no longer optional, but reflexive. A common, morbid refrain was: “We are dying anyway. Our only choice is between a slow and a quick death.”

Put differently, the recent preoccupation with demands for Hamas’ behavior—stopping rockets and tunnels, demilitarizing, resigning political authority, etc.—fails to recognize that Hamas’ extremism is best seen as a barometer of the extremity of the conditions on the ground. It dismisses the fact that all in Gaza are Palestinian and that what drives them is the historical context they have collectively endured.

Let’s set aside the frequently deliberated questions of morality and humanity and focus simply on the pragmatic realities on the ground. The frequency and lethality of outbreaks like this summer mean that the status quo is unsustainable. Fundamental change of some kind is needed.

Who has the power and capacity to make such change? The answer is not Hamas. The answer is Israel. This is so simply because Israel wields full control over Palestinian life, and specifically so in the very territories that most on the outside presume, unknowingly, to be under the authority of Palestinians.

In three geographical snapshots, here is what some of that control looks like:

Israeli’s full control over the West Bank is evident firstly in the administrative structure of the territory. Too few know that since 1995 the West Bank has been divided into three distinct areas. The resource-rich Area C is the largest and encompasses fully 60% of the territory. Israel has complete control–civic and security–in Area C.

The two-plus million Arabs in the West Bank are overwhelmingly concentrated in Areas A and B. Only some 150,000 live in Area C, as do over 300,000 Jewish settlers living in over 200 settlements or outposts. This Jewish population has increased systematically and purposively since 1995 via the unrestrained settlement program. Currently, roughly 70% of Area C is off-limits to Arab use and development.

In terms of authority, no Palestinian officer is encountered anywhere in the entry or departure process to or from the West Bank. No one, foreign or local, gets into or out of the West Bank without passing pass through militarized Israeli checkpoints. All Palestinians need to apply to Israeli military authorities for a permit to leave the West Bank, even to nearby Jerusalem, with no reliable expectation of approval. Access to Gaza can only be achieved via a circuitous route through Jordan and Egypt.

Within the West Bank, daily access by Palestinians to employment, health care, education, commerce, and family is tightly controlled or interrupted by Israel through a dominating spread of up to 500 movement barriers, including up to 80 formal militarized checkpoints.
East Jerusalem

Israel exercises complete control of the eastern portion of Jerusalem where Arabs lives. There is no official Palestinian presence: no diplomatic office, no border control, no ministries, no municipal offices, and no police.

Over one-quarter of the nearly 300,000 Arab residents of East Jerusalem are separated from the urban center by the Wall/Barrier, necessitating the crossing of crowded checkpoints on a daily basis to access all key services.

Approximately 200,000 Jews are now living in East Jerusalem, with some 2,000 settled in the heart of Arab neighborhoods. Approximately one-third of the land has been confiscated for Jewish settlement use, with less than 15% zoned for Arab construction (largely areas that are already built-up).

Israel fully controls the Gaza Strip. The Strip is completely encircled on the north and east by electrified fence or concrete wall with a heavy presence of Israeli military forces. No one leaves or enters Gaza from or to Israel without advance permit from the Israeli military forces. The Israeli navy patrols the sea coast, forbidding traffic and constraining fishing. For many years, drones patrol the skies over Gaza, missiles from which have often been used to assassinate individuals in Gaza. Egypt, now very closely aligned politically with Israel, controls the southern border.

Israel has forbidden the construction of a sea port. It once allowed construction of a small airport, but subsequently bombed it out of service. It fully controls imports and exports and since 2007, a formal blockade has been placed on Gaza by Israel, severely restricting importation of goods. Much of the water and electricity that Gazans use is controlled by Israel.

Whatever one’s position on the reasons, propriety or effectiveness of this degree of Israeli control, the readily observable facts on the ground make clear that when it comes to power, this is not a lop-sided conflict, but a one-sided one. Quite literally, Israel fully controls the essentials of life—mobility, access to all key resources, identity—in all three territories where Palestinians live.

Moreover, long-term trends in Israeli government decision-making—especially the settlement programs in East Jerusalem and the West Bank—make it further clear that this level of control is intentional and increasing, and that it reflects Israeli national priorities and ambitions. Palestinians are undivided in viewing this control as the source of their discontent, and its expansion as their source of hostility.

When viewed from this lens of power and practical control over daily life, there is only one address for expecting peace-leading change, and it is not Hamas, or even the PA. The only reasonable starting point in any discussion or negotiation must be to direct a question squarely to Israel: “How much of your power over Palestinian life are you willing to give up in order to make peace?”

Brian K. Barber is Jacobs Foundation Fellow at the New America Foundation and Director, Center for the Study of Youth and Political Conflict, University of Tennessee