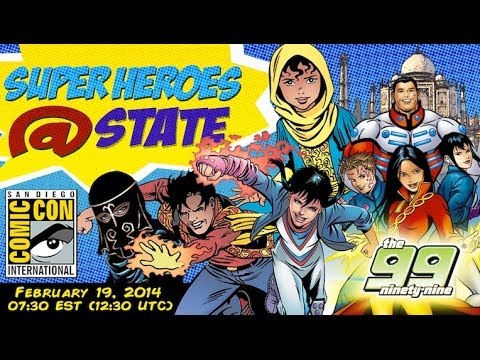 Many years ago, I was the volleyball counsellor at a summer camp in New England. It was 1990 and I was fit for five minutes. It seems there’s always an injury I can blame my (lack of) fitness on. That summer was no different.

Running into the lake, I slipped. My hands instinctively shielded my face from hitting the lake bottom and my elbows jerked back and got caught in the sand, sending my right shoulder out of its socket. I popped it back in. It was painful. I had to rest for a week before seeing a doctor. And then, on the way to the clinic, I had a terrible car accident that meant I completed my journey to the hospital in an ambulance. I’ve had my share of car accidents. Two of them were not my fault. This was one of those. It involved being shunted by a Mack truck while I was stationary at a traffic light.

At the hospital I was told that my shoulder had popped out again and that the boot of my car had been compressed to within inches of my head. I was lucky.

It was there I met an ambulance chaser, which was a first. I got his card. I got his pitch. I told him there and then not to bother: if the lorry driver who had written off my car had money, I reasoned, he would have had brakes too. I also told him I did not want to live my life by taking something away from someone else. I wanted to create rather than destroy. I did not want to be associated with a bottom feeder.

I called my father in Kuwait and he casually explained to me that Iraq’s invasion was a routine matter that would solve itself in a matter of days. It didn’t. The things fathers say.

Now, many years later, I have spent the summer recovering from another painful injury (giving me another excuse to explain away why I’m still not fit).

Last summer, as I was leaving my children’s summer camp in New England, I missed a step on an outdoor staircase and got my leg caught between a step and a tree root. I went in one direction and my leg in another. I broke my leg so badly my bones came out of my body for a breath of fresh air. My surgeon referred to my fracture as Humpty Dumpty. It took several surgeries and months of physical therapy to start to feel normal again.

While I recovered, another bottom feeder made his way into my life, this time forcefully. A man whose view of reality is narrow and violent, sued me for heresy and went around submitting false accusations to various institutions asking for a fatwa on my work with THE 99, a super-hero cartoon series I created based on the 99 attributes of God.

Sadly, the Grand Mufti of Saudi Arabia and the ministry of Islamic affairs in Kuwait did not do their homework and issued fatwas condemning THE 99 based on false accusations and misstatements provided by this ambulance chaser. This is after THE 99 had been broadcast daily for two years all over the world.

The United Nations, the World Economic Forum, world leaders including president Barack Obama, the emir of Kuwait and many others endorsed my work for bridging cultures and tolerance.

In fact, THE 99 has been approved by the ministries of information in Saudi Arabia and Kuwait and was funded by a Saudi Islamic Investment Bank with its own Sharia board.

This accusation opened up a Pandora’s box and led to an avalanche of extremists each trying to outdo one another. It led to fatwas and more recently death threats from Twitter accounts linked to ISIL and Al Qaeda.

You can imagine the call I had with my parents and my children when the front page of Kuwait’s leading daily newspaper quoted various death threats. Look on the bright side I told my parents. This shows the impact of THE 99.

My son, who is a summer camp counsellor this year, called me in a state of panic. His friends told him I was dead or that I was going to jail. I tried to allay his fears by telling him it was routine. The things fathers say.

But that is not the end of the story. The early 1990s witnessed Disney releasing their smash hit Aladdin. The opening lyrics of the song entitled Arabian Nights were: “Oh I come from a land, from a faraway place, where the caravan camels roam, where they cut off your ear if they don’t like your face, it’s barbaric, but hey, it’s home.”

Having released it on the heels of Desert Storm, Disney thought they could get away with the lyrics. They couldn’t. Protests led to changing the lyrics on the video and DVD versions. I was among the protesters.

Last week I took my children to watch Aladdin the Musical on Broadway. And as I sat in the audience I couldn’t help wonder should those lyrics have been changed? Should I have protested against them? Isn’t someone trying to cut off my head because they don’t like the way I think?

As I write this I am considering going to Kuwait to answer charges of heresy. The ministry of information has turned a number of production companies over to the public prosecutor for violating the audio-visual media law.

May God bless Kuwait and may the forces of darkness not muffle innovation and creativity. And may the ministries start to understand that in the name of protecting our culture they are responsible for killing it by scaring off the content creators and the content investors.

Why would anyone invest in media content if the producers can be sent off to the public prosecutor’s office and potentially serve jail time. Isn’t it just easier to keep dubbing Turkish, Mexican and American dramas?

And if we keep doing that, aren’t we diluting our culture? And if we do, then whose fault is that? Perhaps the ministries were not set up to protect our culture after all.

_______
Naif Al-Mutawa is a Kuwait-born, U.S. educated psychologist who created “THE 99,” a comic book about a group of superheroes based on Islamic archetypes. See http://www.al-mutawa.com/