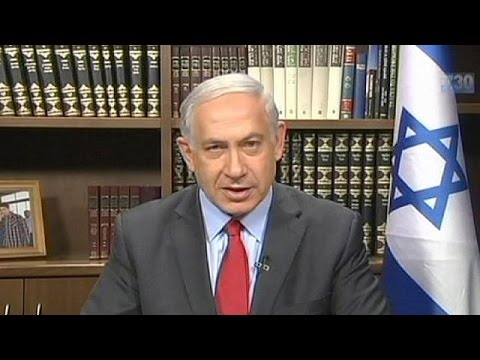 Israel shot down a Syrian MiG fighter jet on Tuesday, saying it had penetrated into Israeli airspace over the Golan Heights.

The regime of Syrian President Bashar al-Assad took little time to imply that the Israelis were thus protecting the al-Nusra Front, instead of joining in the fight against al-Qaeda offshoots. The regime wrote that the attack came “in the framework of [Israel’s] support for the terrorist [ISIL] and the Nusra Front”.

The Golan Heights is a Syrian territory that overlooks Israel, most of which was occupied by Israel in 1967. A bit of the plateau is still under Syrian Government influence. The boundary between Syria and Israel on the heights is patrolled by a United Nations force of Irish, Filipinos and Fijians. The al-Qaeda affiliate, the Succor Front (Jabhat al-Nusra), took the Syrian Golan this summer and took the Fijian troops hostage. They were finally released. The Succor Front demanded that the Filipino troops surrender, but they deployed their arms to defend themselves and ultimately escaped back to Manila; there are no plans for them to return to the Golan. The Irish have just decided to return to the Golan, but are hinting that they will only do so if the soldiers can freely defend themselves from al-Qaeda.

Al-Qaeda’s control of a territory directly abutting Israel is unprecedented, and some Israeli officials are uneasy about it.

I can only guess, but I presume that the Bashar al-Assad regime in Damascus was flying surveillance over the Golan, keeping an eye on the al-Qaeda affiliate, when the pilot strayed into Israeli territory and paid the ultimate price.

Bashar may have thought the Israelis would not mind him finishing off the extremists. But by shooting down the plane, Israeli much strengthened Bashar. His claim that Israel behind the scenes supports the Muslim extremists is wild and implausible (or maybe reflection theory– he is accused of the same thing) to most people, but one-party Syria is a fertile ground for conspiracy theories.

Now among many Syrians the hated Bashar, who has committed many atrocities, is suddenly a hero ranged against Israel and the latter’s alleged allies, al-Qaeda. The more the West intervenes in Syria, the more the regime can depict itself as innocent victim of foreign plots.