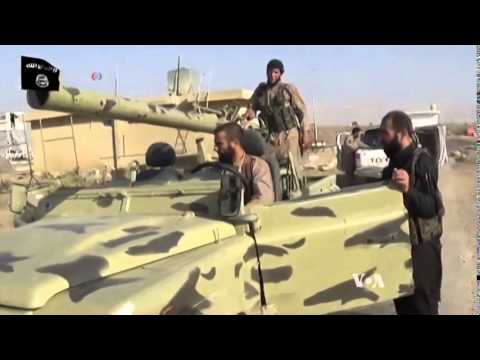 1. On Sunday evening, BBC reports that Iraqi fighter jets bombed the villages of al-Riyadh and al-Nirab in the vicinity of Hawija, north Iraq, leaving 14 dead and 10 wounded. Hawija is a largely Sunni Arab town near the city of Kirkuk (Kirkuk is controlled now by the Kurdistan Peshmerga paramilitary). The Baghdad government, which is dominated by Shiite Arabs, has a substantial advantage over extremist ISIL fighters in having fighter jets and helicopter gunships, but has not successfully deployed them against the violent gang since it took over northern and western Iraq in June. Presumably the ability of Baghdad to scramble jets and hit these villages, putting pressure on ISIL to withdraw further from the Kurdish front, has to do with the hundreds of US special forces troops that President Obama has sent to Baghdad, since some must be trainers trying to get Iraqi pilots up to speed. Assuming that the jets actually bombed ISIL positions and did not just manage to kill civilians, this bombing raid represents an upping of the Baghdad military’s game.

2. The US carried out air strikes on ISIL positions near Haditha in the vicinity of the Mosul Dam. Keeping the dam out of ISIL hands is a key objective of the current campaign, since it could be used to blackmail Iraqis. Sheikh Ahmed Abu-Risha, who claims to be the leader of the Sunni Arab, pro-Baghdad “Awakening,” said that tribal forces confirmed that two ISIL units had been targeting the dam, and that the US air strikes destroyed them. This report suggests that ISIL is sometimes attempting to act like a conventional military, marching on targets in platoons that then become vulnerable to air attack because they are in the open and bunched up. The group’s guerrilla experience would not be useful, however, in taking a dam– it is better deployed in a big population center like Mosul.

3. On the Syrian side of the border, the Bashar al-Assad regime asserted that it bombed ISIL positions at al-Raqqa, including a bakery. Syrian human rights workers said that the air strikes killed 53 persons, of whom 15 were ISIL fighters.

4. The mufti or chief legal adviser of Saudi Arabia on Islamic law (Sheikh Abd al-Aziz Al Sheikh) gave a fatwa or ruling on Sunday that ISIL is just a band of rebels and murderers who have blood in their hands. Those Western pundits demanding evidence that Muslims have condemned ISIL should take note. The mufti of a Wahhabi country has done so, showing that the Saudi elite has had a scare thrown into it, even if some Saudis secretly support ISIL.

5. The Arab League declared its enmity with the so-called “Islamic State.” All the governments are afraid of ISIL. Although Arab League Secretary-General Nabil Alaraby met with US Secretary of State John Kerry, however, it is not clear what exactly the body can do in any practical way for the war effort. The state best poised to intervene against ISIL, Jordan (which borders Iraq and has a good little military and intelligence capabilities) is at least in public begging off, for fear of ISIL reprisals in Amman.