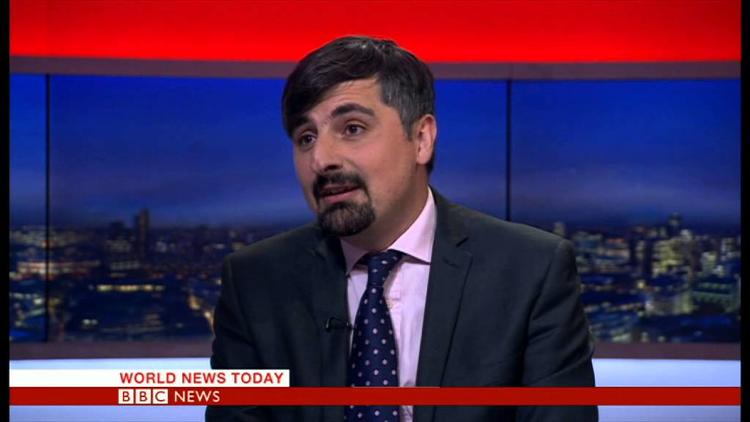 In the United States the public has difficulty in understanding the reluctance of Turkey to join the international coalition that is going to war in the heart of the Middle East. But the answer is simple: it is a matter of geography.

I still remember Turkish people’s reaction against the Operation Iraqi Freedom in 2003 started with an ultimatum of President George W. Bush (who claimed he received orders from God directly) to Saddam Hussein with a very profound aphorism: “Onlara ırak bize yakın”. The name of the state “Iraq” in Turkish means “far away” and the aphorism reads something like this: “Iraq is a far away [land] for them but very close to us”.

Nowadays we are hearing the “w” word again from the spokespersons of both the Pentagon and the White House that “they are at war with ISIS in the same way they are at war with al-Qaida and its affiliates. Yet again, we are alarmed by these statements far more than the previous cases as we have seen the consequences of earlier “operations” that had caused instability and insecurity in our region. This time the plan is striking the militant group ISIS in Syria and Iraqi borders which happen to be our neighbors as well.

Previous Western operations have left the Middle East in an irreversible mess. Everyone is fighting everybody else, whenever a group finds even a small opportunity attacking their centuries-old neighbors no matter whether they share the same ethnic or religious backgrounds, and every little group is trying to form their own nation-states or at least to hold greater power than they had previously. The American public should imagine themselves in a situation in which their vindictive and feuding next door neighbors are fighting other family members all the time inside the house. Rushing over to get in the middle of it might not be the best strategy.

In fact, Turkey is a NATO member and has been allied with the United States and is aspiring to be a member of the European Union. In other words, it has long since turned its face towards the West. Naturally Turkey is expected to contribute and support the forces fighting against all militant groups that have been brutally disturbing its neighbors. Yet, there are additional facts that we must take into consideration like 49 Turkish hostages held by these groups from among the diplomatic personnel at the Turkish consulate in Mosul. The problem here is not whether Turkey denounces the harsh ideology of these groups as has been questioned by the Western allies and partners– it certainly does.

Public opinion in Turkey holds that a Muslim cannot be a terrorist and any terrorist cannot be a Muslim. In other words, terrorism and Islam cannot be reconciled. This public conviction is certainly the real attitude of the President Recep Tayyip Erdogan who has formed the Alliance of Civilizations with Spain against the expectation in some quarters of a “clash of civilizations” and has been trying to restore peace with different ethnic groups in Turkey. The President himself and the majority of Turkish people believe that terrorism could be defeated intellectually not through waging war on them.

Turkish foreign policy has been formed on the principle of “zero problems with neighbors” because we believe that stability in the region would only bring more peace and wealth. Violence begets more violence as we have been witnessing in recent decades in the region. Problems could be solved through negotiations and it is Turkey that has grasped this reality harshly after a 30-year struggle with local Kurdish rebels after a heavy cost of lives on both sides. In a similar vein, any operations coming from the outside would only worsen the situation in the Middle East as they have created a power vacuum in previous attempts.

Instead of an external military operation the local politicians and people should come together and find their own solution according to their own realities and circumstances. Outsiders cannot understand all the local realities like the ethnic origins, sectarian divisions, or the political or ideological power structures of these peoples. Turkey, finally, does not want to be in the position of going to war in another, neighboring Muslim country.

Turkey’s Syria Border, Cooperation with US against ISIS