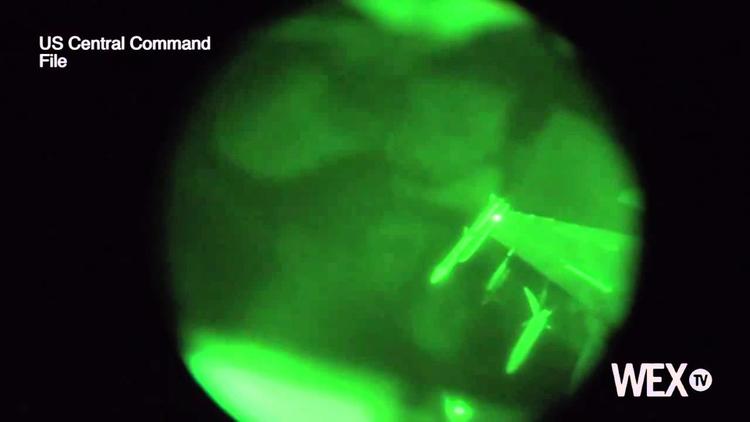 Sawt al-Iraq [Voice of Iraq] reports that during the past two days, Saudi, UAE and American fighter jets attacks small oil refineries originally built for Syria by Turkey, which had been run by ISIL in Deir Ezzor. the day before yesterday the allies struck 12 refineries that ISIL had been in control of, and from which it allegedly earned $2 mn a day.

At the same time, Western strategy is to seek more Middle Eastern allies. Pressure is being put on a reluctant Turkey to step up and play an active role in combating ISIL. US VP Joe Biden recently met with Turkish President Tayyip Erdogan in this connection.

The Succor Front (Jabhat al-Nusra), al-Jabhat al-Nusrah, which is linked to al-Qaedah, withdrew from positions in West Ghouta in Damascus and in Deraa for fear of American air strikes on their territory.

Alaraby (UK) reports that the ISIL fields in Syria pump less thaan 100,000 barrels a day. Although theoretically this could bring the organization millions of dollars a day, Alaraby thinks it is considerably less. US officials said that increases in US production could offset the loss to the world market of ISIL petroleum.

Unfortunately US increases would be through fracking, which would be very bad for the environment. The more logical way of proceeding would be to enact a carbon tax and get people taking public transport or driving electric cars; if enough did that, the demand for petroleum would fall dramatically.