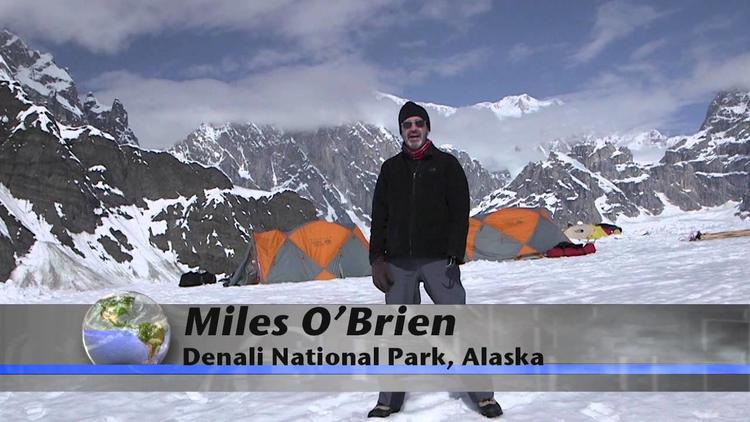 “Tighten your seat belt! This runway is made of ice.

Welcome to the Ruth Glacier, deep inside Alaska’s Denali National Park. Many of the visitors are here for backcountry skiing, but this is no vacation for University of Maine paleoclimatologist Karl Kreutz and his team. For them, time on the ice is all part of the job.

With support from the National Science Foundation (NSF), the scientists are working to reconstruct the climate history of this area over the last thousand years. They’re researching the relationship between the temperatures and precipitation rates, and the response of glaciers in this area to climate changes.

In 2013, the team drilled ice cores high atop Denali’s Mount Hunter. By carefully analyzing ice layers inside the cores, the team is developing a record of temperature change in the Alaska range over the last millennium. While the vast majority of glacier ice on our planet lies in Greenland and Antarctica, Kreutz says the glaciers in Alaska could also make a significant contribution to global sea-level rise in the coming decades.”