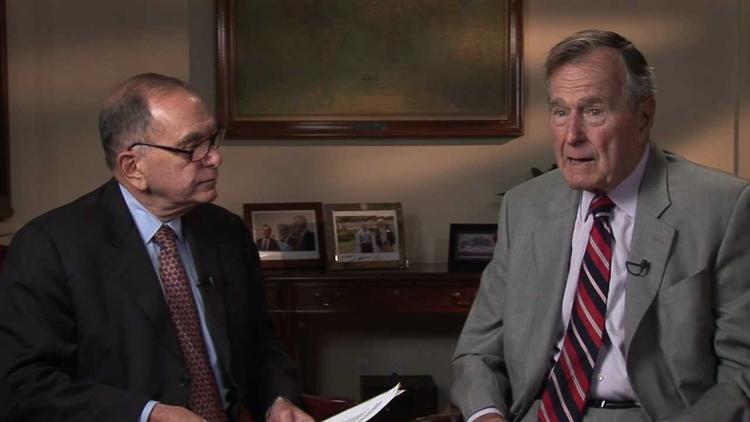 Bush senior warns that if Israel and Palestinians don’t make peace, sooner or later “weapons of mass destruction” could be deployed in the Middle East.

“President George H. W. Bush speaks with Baker Institute founding director Edward P. Djerejian about the legacy of the 1991 Madrid Peace Conference. The interview was conducted in October 2011 as part of a Nov. 2 Baker Institute conference co-hosted with the United States Institute of Peace.”

Madrid led to the Oslo Peace accords, which Israeli leader Binyamin Netanyahu boasted of having destroyed.