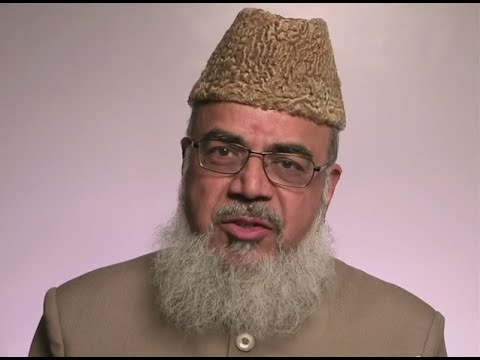 By Akil N. Awan via The National Interest

Hardly surprising, considering the alacrity and sheer audacity with which ISIS continues to expand in Syria and Iraq, drawing foreigners from every corner of the globe, willing to fight and die for its nascent Caliphate. Indeed, some estimates place the number of foreign fighters within ISIS at around 12,000 individuals, originating from no less than eighty-one different countries; a truly globalized mobilization on an epic scale.

As realization gradually dawns upon the international community of the grave consequences for both state and society, should citizens decide to take up arms with brutal and extreme outfits like ISIS, many countries have scrambled to instate strategies for dealing with not just the recruitment of fighters, but also the inevitable influx of returnees once the conflict is over.

Fighters returning from the front lines, brutalized by the ravages of war and potentially suffering from post-traumatic stress disorder, may prove incapable of easily slipping back into their respective host societies. More ominously, some will also have engaged in horrific sectarian violence or egregious human-rights violations that have become hallmarks of the conflict. The social media accounts of some Western Jihadists, tweeting images of grisly executions and “selfies” with severed heads, or the prominence of individuals like Jihadi John, the Briton who was shown brutally beheading American and British hostages, is testament to the barbarity many fighters have not just been immersed within, but have positively relished. Naturally, these revelations will prove all the more troubling, should these men choose to return home. Indeed, a small minority may have already brought violence back with them, as the recent example of Mehdi Nemmouche clearly shows; Nemmouche spent more than a year fighting in Syria and is now the prime suspect in an anti-Semitic attack on a Jewish museum in Belgium that left four people dead in May.

How then, should states deal with their errant sons, who choose to return home once the conflict has lost its glamour and appeal?

Essentially, there are really only three options on the table.

Firstly, states could potentially opt to revoke citizenship. The Canadian government has just announced precisely that, citing its long-established Canadian Passport Order, which gives officials the right to terminate citizens’ travel papers. However, for most countries, this is likely to be a nonstarter. Unless the accused happened to possess dual nationality, it would be deemed illegal to render a person stateless under existing UN conventions and therefore violate international law, as British governmental lawyers recently established. Moreover, IS has issued new passports to their fighters, many of whom publicly burnt their original national identity documents in response. And so invalidating citizenship would inadvertently place Islamic State’s claims to sovereignty and allegiance on equal footing with bona fide nation-states, and therefore only serve to reinforce the perception of IS as a legitimate alternative polity in the international order.

The second option would be to rehabilitate returnees by disengaging them from violence (commonly referred to as de-radicalization). The British government, in the panicked wake of the Jihadi John situation, recently announced that British jihadists returning from Iraq and Syria would be forced to attend “de-radicalization” programs, “in order to reverse their warped brainwashing.” Whilst this strategy is far preferable to rendering individuals stateless, for those of us who study radicalization, and attempt to understand the heady appeal that ISIS, Al Qaeda or indeed any form of violent extremism holds for some young people, these sorts of pronouncements do pose some concerns.

For a start, the term radicalization itself is highly problematic, being born out of necessity in the post-9/11, and particularly, post-7/7 world, in which the alarming inability of policy makers to explain the advent of home-grown terrorism to an increasingly anxious and accusing public led to the rise of the term as a means of encapsulating the phenomenon in an inscrutable but self-explanatory bubble. In other words, radicalization gave us a tidy means of packaging our uncertainty and incomprehension without necessarily engaging with or interrogating why these things might be happening. So, the underlying mechanisms and factors involved in radicalization are still not at all well understood by academics. In fact, many scholars have critiqued the unhelpfulness of the term, with some even calling into question the phenomenon’s existence. Consequently, if we are not quite sure what causes radicalization, or even of what it actually is, then the prospect of reverse-engineering a viable remedy in response (i.e. de-radicalization), remains an unlikely possibility.

More problematically, radicalization and de-radicalization have functional analogues in now-obsolete terms like “brainwashing” and its antonym “de-programming.” The former was extensively employed during the 1960s and ’70s to describe and explain the appeal of religious sects, cults and new-age movements to young people, whereas the latter described the unethical coercive interventions made by their families and psychotherapists to reverse and rescue them from their “lifestyle choices.” Needless to say, both of these controversial concepts have been comprehensively debunked since then, and have now dropped out of common parlance.

So what, then, does this bode for de-radicalization strategies? Well, many countries, including Saudi Arabia, Indonesia, Pakistan, Singapore, Germany, Yemen and the UK, have experimented extensively with these types of interventions, with varying degrees of success. However, what is now patently clear is that many “successful” de-radicalization programs have not de-radicalized extremists per se, but rather, have instead disengaged them from violence at home. In other words, they have simply modified behavior using a range of incentives, rather than fundamentally altering beliefs and attitudes. The Saudis, for example, who run one of the most lauded programs, have enjoyed some success by throwing money at the problem, financing apartments, weddings and new lifestyles for would-be Jihadist penitents, in attempts to engender loyalty to the regime by acting as the magnanimous paternalistic state. Ironically, the Saudis used the same strategy to forestall the Arab Spring from gaining traction within the Kingdom, extending additional benefits worth around $127 billion to citizens, in order to assuage political and economic dissent.

Like many others, the Saudis have also invested heavily in theological de-radicalization, using regime clerics to undermine the distorted religious underpinnings of Jihad. However, considering that Saudi Arabian petrodollars have been largely responsible for exporting the puritanical, intolerant and fundamentalist strain of Islam that is most closely associated with Jihadism, it is highly questionable whether we should be looking to them for guidance on this issue. Moreover, if, as we now know, religion is less of a motive for, and more a motif of, violent extremism, then no amount of moderate, mainstream reading of scripture is likely to have a significant impact. The same holds true for those individuals who may have already internalized a retrograde and extreme religious ideology, and are likely to view de-radicalizing religious authorities as tainted by complicity with and subservience to a secular “illegitimate” state. Perhaps most importantly, rates of recidivism do not particularly inspire confidence in these methods, with significant numbers of graduates of this type of de-radicalization program having already returned to violent extremism.

So we need to be clear that de-radicalization does not represent some easy panacea. This process will take time and patience, in which we focus on disengaging young people from violence, but also acknowledging the uncomfortable truth that we may not be able to cognitively change their beliefs and attitudes in many cases. If, for example, a young jihadist was politically radicalized by anger at the West’s intervention in Iraq, viewing it as predicated on deceit, greed and neoimperialism, and being largely responsible for the quagmire that is now Iraq, then de-radicalization is unlikely to change that view, particularly when it is shared by many in wider society. However, rehabilitative intervention might be able to de-legitimize violence as a response, and aim for political socialization of the individual towards other more legitimate modes of political engagement instead. Both policy makers and academics will also need to adopt a much more nuanced understanding of the problem that they define as radicalization, before they can provide other useful solutions and answers.

The third and final option being mooted by some governments, is to seek a punitive, rather than rehabilitative, response by criminalizing all those who return from fighting in Syria. And whilst we certainly should hold those who have committed crimes accountable, in the absence of clear evidence of criminality, this is simply not feasible for the rest. Not only is it impracticable and cost-prohibitive, but also morally indefensible, considering that some of the young men and women who traveled there to fight did so for largely altruistic reasons, moved by the plight of Syrians suffering under Assad’s brutal regime. Of course, others had far less idealistic motives, stirred by the thrill of adventure, or escapism from the ennui of their lives back home, or simply swept up in the raw euphoria of being part of the Jihadist zeitgeist. Many of these young people will no doubt have made mistakes in their youthful exuberance that they will surely come to regret later. How many of us are now proud of every life decision we made at the age of nineteen?

Perhaps most importantly, those who willingly return, have at some level rejected the Jihadists’ penchant for bloodshed and violent excess, along with their frighteningly dystopic and intolerant vision of the future. Perhaps, like George Orwell, Laurie Lee and other International Brigadeers who travelled abroad to fight in the Spanish Civil War, but later returned disenchanted and jaded by their experiences, Jihadist returnees will also become effective proselytizers against the lost innocence of youthful naiveté and soured idealism.

Naturally, as the military action against IS gains traction, we also have to be cognizant of the fairly remote possibility that in desperation, IS may retaliate by directing foreign fighters to return to their host countries, with the aim of “bringing the war home” through domestic terrorist attacks. So we will need to find mechanisms for differentiating between genuinely disenchanted returnees and those who may feign remorse and disillusionment in order to infiltrate their host societies.

However, the discussion of hypothetical sleeper agents and Manchurian candidates is distracting from the very real prospect at hand—that we have an opportunity before us to utilize these disillusioned young men and women as assets in our war against IS, in the same way that we already successfully employ ex-members in the various struggles against gangs, drugs, crime and even terrorism.

These individuals have stared into the abyss and found it wanting. Instead, they have chosen to renege on the path that promised violence, death and martyrdom, and that surely is some small victory for our way of life, and one that should be celebrated and utilized to delegitimize IS for others.

Akil N. Awan is Assistant Professor in Modern History, Political Violence and Terrorism at Royal Holloway, University of London. His research interests are focused around the history of terrorism, radicalization, social movements, protest, and new media. In addition, he is also Research Associate with the New Political Communication Unit, with the Centre for Public History, and the Centre for Minority Studies. Dr. Awan is regularly consulted by government bodies, think-tanks, media and other organizations in his fields of expertise, and has served in an advisory capacity to the UK Home Office, the Foreign Office, the US State Department, and the US Military amongst others. Most recently, he served as special advisor on Radicalization to the UK Parliament, and as academic expert on Genocide to the UK House of Lords delegation to Srebrenica. Follow him on Twitter: @Akil_N_Awan.

Mirrored from The National Interest by the author’s permission.