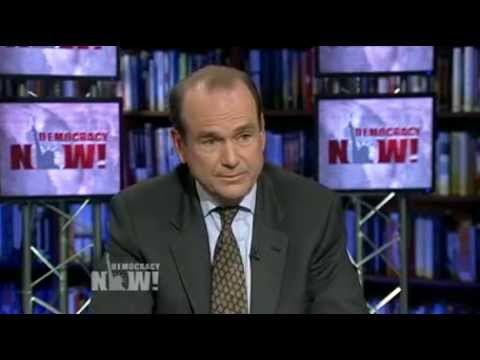 On September 21 (one day before world leaders converged on New York for the United Nations Climate Summit, and one day after up to 400,000 people took to the streets of NYC for the People’s Climate March), the president of the Rockefeller Brothers Fund made an announcement: the Fund would be divesting its holdings from fossil fuel companies.

The Rockefeller Brothers Fund is not alone. It is one of 70 philanthropies that has divested from the fossil fuel industry in recent years; when you add religious groups, pension funds, institutions of higher education and local governments to that list, the number of organizations divesting from fossil fuel leaps to 180.

According to the New York Times, there are multiple motivations spurring these groups to divest. They hope their act will pressure companies that contribute to climate change. They want their economic assets to be in alignment with their environmental principles. They’re seeking to shift the international conversation about climate change.  In short, these groups (which now include the Rockefeller Brothers Fund) believe that, while divestment from the fossil fuel industry won’t end global warming singlehandedly, the tactic has a constructive role to play in addressing climate change and in shaping the discourse.

A very similar set of motivations underpin the Boycott Divestment & Sanctions (BDS) Movement when it comes to working towards freedom and equality for all Israelis and Palestinians.  BDS Movement organizers and their supporters do not suggest that the tactic of boycott, divestment and sanctions will, all on its own, end the occupation, give Palestinian refugees the right of return, and produce true equality for Palestinian citizens of Israel (the stated goals of the BDS movement).  But what the fossil fuel divestment movement has achieved for climate change, the BDS movement can, and already is, achieving when it comes to the occupation: influencing the international conversation, and pressuring Israel to enact policies that will lead towards a just and durable peace.

Just as the movement to divest from fossil fuel has gained much traction in recent years, so, too has the visibility and victories of the BDS movement markedly increased. The Soros fund dropped its shares in Sodastream, whose main factory is located in a West Bank settlement. This past June, the Presbyterian Church voted to divest their shares in Caterpillar, Hewlett-Packard, and Motorola, all companies whose products are directly used in the enforcement of the occupation. And, a divestment campaign launched by the online activist network Avaaz has garnered nearly 2 million signatures since July.

Divestment alone won’t end climate change or occupation. It must be viewed as one tool in a larger tool bag of tactics aimed at creating real and sustainable change. Part of the significance of the Rockefeller Brothers Fund announcement was embedding it within the largest climate march in history, and a significant international summit. This is the kind of broader landscape of activism that many organizers in the BDS Movement have been building.  Calls to boycott Sodastream and divest from Hewlett-Packard and Caterpillar have created important opportunities to raise international consciousness on how these companies profit from occupation, and, in turn, how occupation obstructs hopes for peace with dignity and security for Israelis and Palestinians alike. But, just as the Rockefeller Brothers Fund announcement came alongside a massive popular action, so too, it is BDS in combination with other forms of popular, nonviolent action that will have the greatest impact. We must use every available, nonviolent tool to build a future where occupation will be replaced with freedom for all, and power and privilege for one community over another will be superseded by true equality.

Jen Marlowe is an author/filmmaker/playwright and human rights advocate. Her book is The Hour of Sunlight: One Palestinian’s Journey from Prisoner to Peacemaker, written with her former colleague, Sami Al Jundi, won the London-based Middle East Monitor’s Palestine Book Award. Her most recent book is I Am Troy Davis and her most recent film is One Family in Gaza. Her previous films include Rebuilding Hope: Sudan’s Lost Boys Return Home and Darfur Diaries: Message from Home. She is currently finishing a documentary film about Bahrain. For more information about Jen’s work, visit www.donkeysaddle.org or follow her on Twitter @donkeysaddleorg or on her blog.