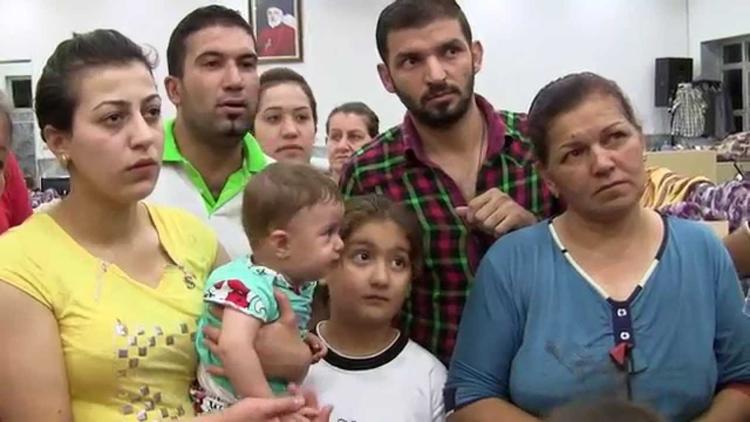 The Sunni Muslim extremist group that has taken over the northern city of Mosul has a new source of income: real estate. The Islamic State group has confiscated the properties of all those who fled or taken them off those they consider enemies. Locals say the plan is to auction the real estate off and make more money.

After taking control of the northern Iraqi city of Mosul in early June, the Sunni Muslim extremist group known as the Islamic State have been busy “coming into some property”. They have “inherited” houses, industrial real estate and agricultural land around the areas they control in the province of Ninawa, mostly due to the fact that the rightful owners have fled or been forced out by the IS group.

All of this real estate is considered to be under the control of the Islamic State, or IS, group’s so-called treasury system, or Bayt al-Mal. Historically this was a kind of public fund, that was supposed to help pay for social development in Muslim kingdoms.

On the ground in Mosul, the IS group has been collecting rents and taxes for their own version of the historical treasury, acting just like the Mosul municipal authorities used to do, with a lot of rent coming from the two big commercial areas on either side of the city. It’s estimated that there are more than 5,000 businesses in these areas. The IS group is also collecting rent from other parts of town – including industrial projects elsewhere and even tourist facilities in Mosul’s greener areas.

Most of the property belongs to locals who have fled and had their property confiscated by the IS group as a result or those who have been forced out. This includes houses of Christian locals in the neighbourhoods of Al Arab, Shurta, Nour, Muhandiseen, Majmouah, Thaqafiyah, Faisaliah and Zohour on one side of the city and houses in the neighbourhoods of Dawas, Jawsaq and Dandan on the other side of the city. Shops and other commercial or industrial properties owned by Christians have also been seized by the IS group.

Property belonging to Shiite Muslims and Shabaks, some of whom are Sunni Muslims, has also been confiscated by the group. This real estate is mainly in the Atshanah, Karamah, Quds, Nour, Bab Shams and Nour neighbourhoods.

Property owned by individuals that the IS group considered their enemies – such as Iraqi army and police, government officials, politicians, judges and public prosecutors – has also been seized. And recently the group decided they should also own the property belonging to specialists in certain fields, such as doctors.

It is also well known that the IS group has seized any revenue coming to the Sunni Muslim endowment in Ninawa. This is the body tasked with running local Sunni Muslim mosques and shrines and any property belonging to them. The local endowment is thought to own hundreds of individual homes and buildings as well as commercial property in different parts of the city and on its outskirts.

The result of all this property: another huge source of funding for the extremist group, possibly amounting to more than the money it makes from selling oil and oil derivatives on the black market here.

Sources, who must remain anonymous for security reasons, inside the city say that the IS group is now planning to auction off some of the real estate. In fact, those same sources inside the city told NIQASH that members of the IS group have already inventoried all the properties and matched them against official records.

A lot of people have been talking about these auctions, one local realtor, who wished only to be known as Abu Harun, says. However, he said, many of his colleagues in the business are not going to take part in these public auctions because the properties were taken using force. Their religious beliefs tell them that to participate in the sale of stolen property would not be the right thing to do.

Other locals say they won’t be going to the auctions for legal reasons. They say that although the IS group is the authority in Mosul right now, this may not last. And sooner or later the real owners of the properties will return and claim them. There could be legal wrangling, prosecutions and more than likely, tribal feuding, because of that, the locals say.

“When the IS group entered Mosul, they already knew a lot of detailed information about the city’s real estate,” says Mohammed Alla, a lawyer and former resident of Mosul who is now living in the semi-autonomous region of Iraqi Kurdistan; the IS group abolished the local legal system when they took Mosul over and established their own, based on their own belief system. “Even in the earliest hours of their occupation of the city, they had already marked out properties belonging to Christians and Shabaks and confiscated the properties belonging to public officials and security staff,” Alla explained. “They also notified Muslims living in houses belonging to Christians that they would have to pay their rent to the IS group now. Either that or leave the house.”

Part of the reason for this is the fact that the IS group, and their agents and allies, have been present in Mosul for a long time, well before June 2014.

In fact the office supervising property registration in Ninawa, which was located in the parts of Mosul where extremist groups had more influence, was closed by the local authorities because the extremists were assassinating the administrators and their employees, as well as threatening all who worked there.

The former administrator of the office was assassinated in front of his house in Mosul in 2006 and after several other murders, employees in the department grew more and more fearful – they no longer wanted to do their jobs properly and preferred to do mundane, daily tasks rather than registering property properly. Eventually the department was closed and it was also announced that many cases of fraud had been found after records there were examined.

Even before the group managed to take over the rest of Mosul in early June, they had been extorting money from local business owners in the part of the city where they had the most influence, including charging extra fees on Christian-owned properties. In May, extremists banned the sale of Christian properties in that area, saying that the real estate no longer belonged to the Christians and they began chasing any agents out of the neighbourhoods, threatening them with death.

Alla says that the IS group already had agents inside the local authority’s real estate registration offices. Local security forces knew about this, and before they left Mosul in June, made regular announcements about arresting members of extremist groups who had in their possession property records and other official items from the registration office.

Even before they occupied Mosul fully, the IS group and their allies were trying to control local property registers, a former employee at the office, whose identity could not be revealed because of security concerns, told NIQASH. The employee, who is still in Mosul, confirmed to NIQASH that the extremists are going to rent out, sell or lease the real estate they are now in control of.

WCC visit to Iraq: testimonies of displaced people from Mosul