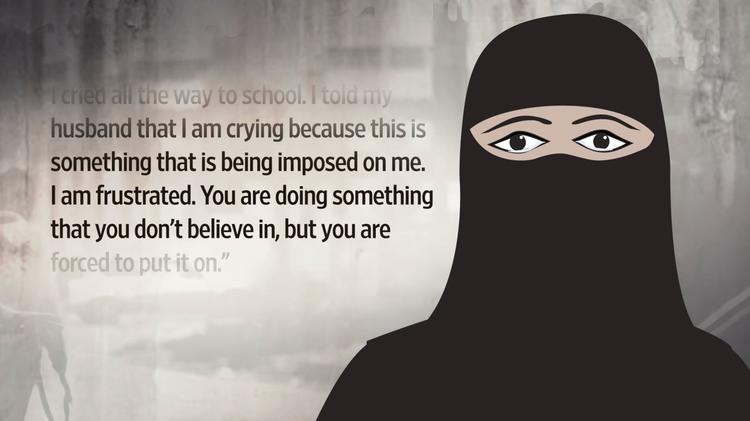 By Ahmad Mohammed | Kirkuk | via Niqash.org

In areas under the control of Sunni Muslim extremists, teachers have been issued a special set of instructions. Among other things they say that males and females are to be separated, all mentions of evolution are to be removed from textbooks and anything that encourages patriotism –like the phrase, “Republic of Iraq” – is banned.

As the school year began in Iraq recently, schools in the areas in the northern province of Kirkuk that are under the control of Sunni Muslim extremists received their own special set of instructions.

The Sunni Muslim extremists group known as the Islamic State, or IS, issued most schools in west Kirkuk –including the areas of Zab, Riyadh, Abbasi and Rashad in the Hawija district – a special document called Bushra Wa Tamim.

One of local school teachers there, Abdullah al-Jibouri, told NIQASH: “This means ‘good news from the commander of the faithful’ as he attempts to banish ignorance and elevate Sharia sciences.”

In fact this was the IS group’s set of new instructions for local schools. NIQASH sighted a copy of these instructions, which were signed by the so-called Ministry of Education of the Islamic State. The most important part of the document states that every student at every stage of school should be considered to have passed the scholastic year of 2013-2014; Iraq’s school year starts in October and ends in June. The only exceptions would be the sixth grade, as well as any students who were failed because they cheated or because they were absent or because they didn’t have the right to participate in exams.

The IS group’s instructions also state the following: “Classes shall be resumed at the beginning of the current school year and will be conducted according to Sharia rules, males and females will be separated and this applies to the teaching and administrative staff too”.

Cancelled classes include art, music, philosophy and social studies classes. Also banned are geography, history and literature lessons as well as any teaching about Christianity. Parts of Islamic education classes have also been cancelled. A compulsory curriculum will be offered by the IS’ own “education experts”. Basic subjects such as physics, chemistry, mathematics, Arabic and English will continue to be taught.

Additionally the IS group wanted the phrases – “Republic of Iraq” or “Republic of Syria” deleted from use and “faithless” songs and poems would be banned, as well as any of the latter that had connotations of patriotism for Iraq or Syria.

In science books, any reference to Darwinism or to natural evolution was to be deleted. This would be replaced by sentences that made it clear that God was the creator of everything. However students would be allowed to study chemistry and physics because these were laws used by God.

Al-Jibouri says that most teachers are afraid that IS fighters might use force in order to guarantee that teachers respect this new curriculum and the new school rules. The group had already made threats against teachers and their families, saying they would destroy their houses and punish them if they did not comply.

On September 14, the IS’ education ministry had told teachers present in the area to go to their schools and start work, says Farhan Hussein Saleh, the head of Kirkuk’s Department of Education, confirming that there’s pressure on the teachers to teach the subjects prescribed by the IS group and to show up at their workplaces.

“If these areas remain out of government control, then students’ grades will be dependent on final exams rather than coursework or mid-term exams,” Saleh says – he is assuming that final exams will be held when the IS group have been driven out of Iraq. Saleh says he hopes this will happen before the end of the school year for the students’ sake.

Currently students who are living in areas under the control of the IS group have been having to travel elsewhere to take official government-sanctioned exams. They went to Kirkuk city or to areas not under the control of the IS group to take the first round of exams. The second round of exams is scheduled for October 12 and the Iraqi government decided exams would only be held in areas under its control.

Students in areas under IS group control will be allowed to take exams in government-controlled areas, says Barwin Mohammed, head of the Kirkuk provincial council’s education committee. Additionally, she says, the local council is helping them do this by helping them gain entry at checkpoints going into the city and by helping bring them to halls where they can sit exams.

Mohammed says her committee is also following up on school conditions in the IS-controlled areas and that it has extended a helping hand to teachers in those areas too.

On the other hand, there are some educators in Kirkuk who don’t care what the IS group has planned for schools under its control. The curriculum being prepared by the IS group is of no interest to anybody but the IS group, states Majid Izzat, another member of the Kirkuk provincial council’s education committee. “Any curriculum that differs from the officially approved one should not be acknowledged or accredited,” he told NIQASH.