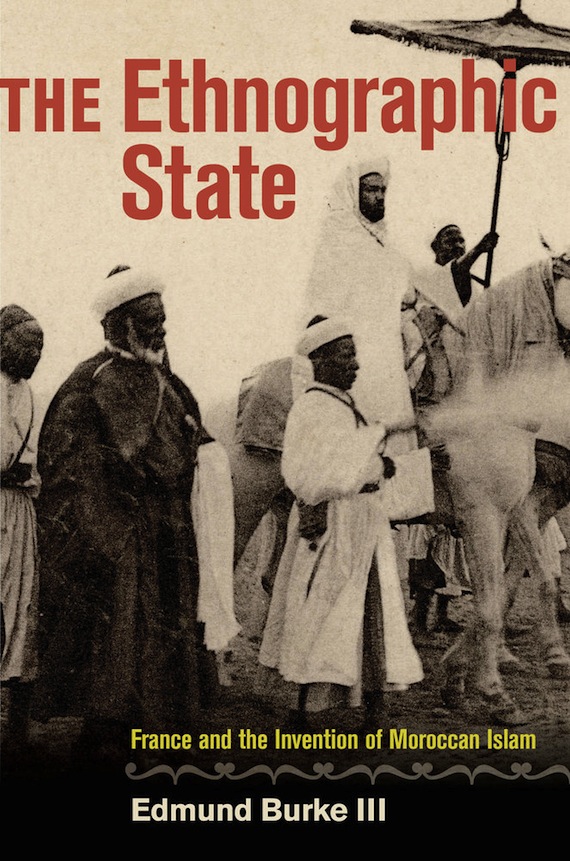 Today we hear a great deal about the question of what went wrong in Middle Eastern societies. For an historian of the early twentieth century world, it’s déjà vu all over again. Similar questions and similar anxieties were being voiced a century ago. Very much like fin de siècle Europeans, we seem to have civilizations on the brain, even as the world changes at vertiginous speed.

In 1900 media fulmination about the threat posed by alleged Muslim fanaticism dominated the headlines. Then as now, nineteenth century European tabloid railings against the Sudanese Mahdi and pan-Islamic conspiracies were a proven way to sell newspapers. Then as now, the lords of empire sought to spook metropolitan populations into supporting military interventions by manufacturing Muslim rebels. Then as now, this helped win continued public support for endless war and colonial expansion. Thus our current preoccupations with al-Qaida, Somali hijackers and ISIS fanatics, fit rather well in the museum of imperialist culture.

The French colonial experience provides a salient example. French Algeria was a veritable bestiary of what not to do, ranging from such Islamophobic policies of closing mosques, libraries and Islamic schools to demonizing sufi brotherhoods as the sources of alleged pan-Islamic insurgency. By 1900, French colonial experts and metropolitan officials had become convinced that a change was needed. They looked to the model of British India for an example of what worked, and to Morocco as the potential site where they could “get it right” by introducing the model of British India. But before they could do that, they first had to get acquiescence of the other European powers and contend with Moroccan resistance.

Still an independent state in 1900, Morocco was coveted by no less than four major European powers. Indeed, Europe would several times come to the brink of war in the period 1900-1912 over what was then called “the Moroccan Question.” In order to deploy the “scientific imperialism” tool kit, a systematic French effort to study Moroccan society and its culture and institutions was required. Yet as late as 1900, European ignorance about Morocco was profound.. Few studies existed, and those that did traded heavily in orientalist clichés. Morocco was viewed as a “Tibet on the doorstep of Europe.” And France was only slightly better informed about Morocco than its main rivals–Britain, Spain and Germany

What makes the Moroccan case so interesting is that the Moroccan colonial archive was created in the span of a single generation in the heyday of “scientific imperialism.” Thus from the start “Moroccan Islam” was intended to provide support for the French colonial project. In Morocco we get to see the elaboration of a colonial archive—a task that took a century for the British to accomplish in India. We also get to see the uses to which ethnographic knowledge was put in the elaboration of the colonial project. This story is the very opposite of the U.S. experience in Afghanistan and Iraq.

My book The Ethnographic State: France and the Invention of Moroccan Islam, 1900-1930 argues that the construction of the Moroccan ethnographic state structured, organized, and institutionalized the way in which both non-Moroccans and Moroccans understood the Moroccan polity. In an important sense it created modern Morocco.

At its best, the Moroccan colonial archive was notable both for the rapidity with which it had been assembled (1900-1918) as well as for its interpretive understanding of Moroccan society. In this it challenges current understandings of the relationship of culture and power, even as it ultimately confirms them.

Furthermore, the Moroccan colonial archive legitimized the French protectorate, while also providing the model for the protectorate government. In the political struggle over which European power would be able to take over Morocco, France argued that its expert knowledge of Moroccan society made it the most qualified to take over Morocco. In this way, the Moroccan colonial archive provided the symbolic capital that enabled France to assert its intellectual authority over its European rivals.

The Ethnographic State also inserts the creation and successive reinventions of Moroccan Islam into their complex French, Moroccan, international and global contexts. In this way it seeks to reinvent the study of colonial representations. That is, it seeks to reinvent the discussion of colonial representations as a historical not just a discursive subject.

Finally, the Moroccan colonial archive also provided the ideological template for the French protectorate over Morocco, a model of indirect rule that claimed to be deeply respectful of Moroccan traditions and culture and pre-existing Moroccan state structures. By governing through the sultan and his makhzan officials and showing respect for established procedures, so it is said, France was able to provide its colonial rule with legitimacy in the eyes of both Moroccans and Europeans. The French protectorate over Morocco under Resident General Hubert Lyautey posed as the very essence of enlightened colonial rule.

In fact, however, the protectorate government was based not upon the complex and historically grounded understandings of Moroccan society produced by the researchers of the Mission scientifique du Maroc, but instead upon the social binaries of French colonial Algeria that it claimed to have rejected. So successful was the French marketing of the idea of the protectorate, however, that few observers (French or Moroccan) were willing to criticize the gap between expressed ideals and actual practices.

Edmund Burke, III is Research Professor of modern Middle Eastern and World history at the University of California, Santa Cruz, where he directs the Center for World History. Burke is the author and editor of numerous books and articles on Middle East and North African history, orientalism, environmental history and world history. His new book is The Ethnographic State: France and the Invention of Moroccan Islam