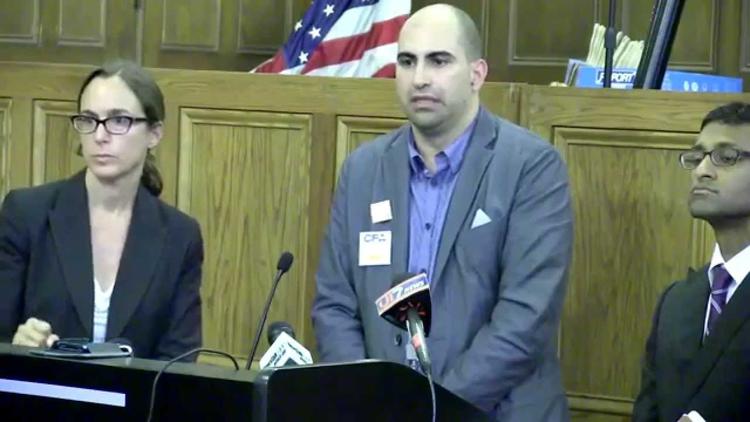 In the US, and especially within the US Palestine solidarity movement, the biggest Israel-Palestine news since Gaza Genocide 3.0 (which, with Palestinians dying daily, whether from the effects of the siege or horrific wounds leftover from the attack, makes this genocide ongoing), is the unceremonious un-hiring of Professor Steven Salaita from the University of Illinois on the ostensible basis of his impolite presence on social media.

The short version, by now familiar, is this: Salaita, a tenured professor at Virginia Tech, signed a contract with the University of Illinois and had his new job all but in hand. Two weeks before the start of the semester, he was informed by Chancellor Phyllis Wise that she would not be forwarding his case to the Board of Trustees for approval.

Subsequent sleuthing revealed big donor pressure on both Wise and the Board to un-hire Salaita, with threats to turn off the money spigot unless he was removed.

Shockingly, ridiculously, Wise and the Board caved.

This disgusting turn of events is one big pile up of injustices that is dizzying even to contemplate, much less sort through or analyze.

Just off the top of my academic head, this decision:

• Evacuates tenure of any real meaning.
• Renders Salaita unemployed in the near term and likely unemployable in the long term.
• Thumbs its nose at the Department who vetted Salaita’s hire.
• Disparages the knowledge, qualifications, and judgment of U of I faculty.
• Privileges the demands of wealthy donors over faculty expertise, institutional integrity, and shared university governance.
• Makes a complete mockery of academic freedom.

These are only the most obvious problems.

It doesn’t take a genius to figure out the next level of injustice, however — which isn’t about the ostensible “civility” Salaita was accused of lacking on Twitter.

It is rather about the content of his tweets, which were less impolite than they were critical of the Israeli state and its latest armed incursion into the Gaza Strip, a one-sided act of military aggression that resulted, most crudely, in the death of over 2,000 Palestinians (a full fourth of whom were children).

And those donors? They are supporters of Israel, who didn’t want someone with Salaita’s particular political views teaching the next generations of students at their alma mater.

To date, there has been plenty of attention paid to civility, the justificatory fig leaf for Salaita’s firing. According to David Palumbo-Liu, civility is for suckers. Put a bit differently, Vijay Prashad notes that civility is the new term used by those in power to demand capitulation and compliance.

And yet this case is not primarily about speech, or academic discourse, or the upholding (or restricting) the freedom and civility of either.

The un-hiring of Salaita is part of the larger, national-level campaign being waged on US campuses against critics of Israel, be they faculty or student groups. It is, in other words, part of the McCarthyist silencing tactics of the Israel lobby to curtail political critique on college campuses.

As Jakeet Singh has recently pointed out, there is another level of injustice to which we have been inattentive in the Salaita affair: systematic racism and colonialism. Singh argues correctly that the targeting of Salaita, as well as the department where he was to teach — American Indian Studies — replicates and perpetuates racist and colonialist structures of civilizationalism, paternalism, and white privilege.

Prashad notes that Salaita’s tweets were deemed “uncivil” because they criticize a government that the US and its power brokers favor supporting. Were he to have tweeted critiques of Russia, say, or North Korea, the story would likely be different.

And yet, there is a reason that Salaita was critiquing Israel and not Russia or North Korea. Salaita was hired by the University of Illinois’ American Indian Studies department, based on his contribution to the emerging field of comparative indigenous studies. He was going to provide scholarly expertise on the comparative situation of colonized peoples in North America and Palestine.

Perhaps unsurprisingly, then, the most-discussed aspect of this case as well as the least-discussed — civility, on the one hand, and race and indigeneity, on the other — are related.

It’s not simply that a scholar of color is being targeted for being “too angry,” or that a critic of Israel is being targeted by the Zionist lobby, or that “civility” is being used to justify the neoliberalization of the university and perpetuate colonialism (although it is all of these things).

It’s also that these are in some sense interchangeable. “Civility” is the sharp end of this particular spear of racism and colonialism, which drives the targeting of Salaita in particular and critics of Israel in general.

Indeed, the effects of U of I’s actions actually replicate those of colonization and dispossession. As a result of his un-hiring, for example, Salaita notes that his “family has no income, no health insurance, and no home of our own. Our young son has been left without a preschool. I have lost the great achievement of a scholarly career: lifetime tenure with its promised protections of academic freedom.”

It is difficult to ignore the bitter irony of a Palestinian American becoming homeless and destitute as a result of Zionist lobbying efforts to un-hire him.

And yet, it isn’t even ironic. After all, “irony” implies an outcome that is surprising or unexpected.

It seems, rather, that Salaita’s homelessness and de-instatementare simply appropriate, simply what Palestinians deserve. In some sense defined by refugee status, what happened to Salaita is simply what happens to Palestinians. Indeed, Salaita has become a refugee once more, academically unaffiliated and without a physical home for himself and his family.

In his very scholarly existence, in other words, Steven Salaita is an exercise in incivility. Not only is he Palestinian himself, and thus a member of a group already considered savage, backward, and in need of a lesson in “making the desert bloom.”

But if “civilization” is understood as having been brought into being through the settlement of North America and the North American (not to mention Israeli) academy, then surely to draw attention to this illegitimate foundation by engaging in comparative indigenous studies is to question the very basis and legitimacy of civilization itself.

When that interrogation comes directly from the mouth of the “savage,” you can be sure that the result will be, by definition, “uncivil.” Its words — their content no less than their tone — will be anathema to civilization, synonymous with its annihilation.

The day of the iniquitous Board of Trustees vote (which, strangely, took place, despite Wise’s insistence it would not), Salaita re-emerged on Twitter. He tweeted only once, stating:

I’ve never felt more Palestinian than I did today.

A whole book could be written on the profundity of this statement — about its implications for identity, affect, Palestinianness; for privation, withdrawal, and loss more generally.

But one thing seems sure: the defenders of civilization have acted to preserve its sanctity from the threat of savagery and destruction. There is no question, then, that far from having finished, the ugly machinations of “civilization” — dispossession, dispersal, silencing, and removal — continue apace, whether in the ruins of what is left of the Gaza Strip or the elite ravages of the neoliberal American university.

Heike Schotten is Associate Professor of Political Science at the University of Massachusetts Boston, where she teaches political theory, feminist theory, and queer theory (her work is available here). She has been active in the Palestine solidarity movement since 2006.

Mirrored from the Ma’an News Agency

Steven Salaita Speaks About His Termination