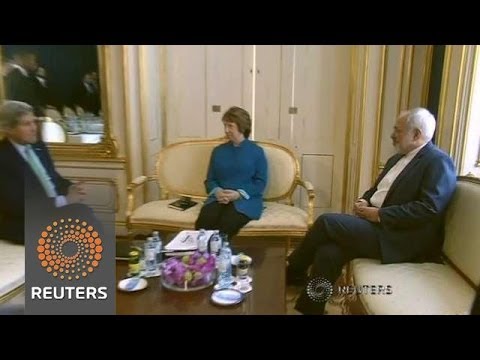 Ali Akbar Salehi, the head of Iran’s nuclear energy agency, expressed confidence that the few remaining issues between the UN Security Council and Iran will be settled.

Earlier this week, Iran’s president, Hassan Rouhani, also surprised the world by expressing the conviction that a deal would be reached between the US and Iran over the nuclear enrichment program.

It is hard not to conclude that this outbreak of optimism has to do at least in part with the rise of ISIL in Mosul and the consequent US need for an Iranian partner. It seems implausible that the US can stiffen the spine of the Baghdad government and military, and can provide close air support to forces on the ground successfully without Iranian help.

Rouhani said that his optimism derives from the breakthroughs already achieved, especially the UNSC and American recognition of Iran’s right to enrich uranium to produce fuel for reactors.

He is implying that had the UNSC and the West been irresponsible and had they refused to compromise even a little on Iranian enrichment, then the deal would never have borne fruit.

What is left, Rouhani said, is merely working out the details of how to practically to reassure the UNSC and the US that Iran does not have a secret nucler weapons program.

Iran has already cast most of its stockpile of uranium enriched to 19.25% for its medical reactor in a form that makes it impossible to use it for bomb-making. That stockpile was a central worry among the nuclear hawks.

Among other steps it must take to reassure the UNSC and the US is to make sure its proposed heavy water reactor cannot be used to produce fissile material. Likewise, it may have to accept frequent and some surprise inspections by UN inspectors. The UNSC wants it to lower the number of centrifuges it can run.

All of these steps are aimed at allowing Iran to retain the capacity for enrichment while mollifying the suspicious among Western analysts.

Rouhani’s point is that they are all possible to achieve, and very likely will be achieved, if not by November 24, then by a later deadline.