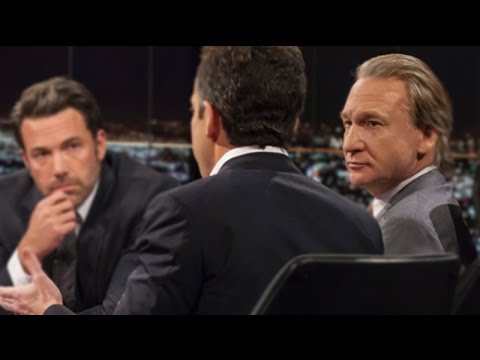 “”Whether you think him a truth-teller or a bigot, Bill Maher deserves credit for launching one of the most robust public cultural/intellectual debates in recent memory. Two weeks ago today, he said on HBO that “a vast number of Muslims across the world” believe people who do not share their religious beliefs “deserve to die.” He also suggested that the Islamic State, or ISIL, was not an abberation of Islam, but a reflection of it.

Those remarks sparked a heated debate three days later on CNN, when hosts Don Lemon and Alisyn Camerota pressed the religious scholar Reza Aslan to defend Islam against the charge that it was inherently violent. Aslan argued that the CNN hosts were cherry-picking examples and making broad sweeping general claims about Islam that were false. “We are using two or three examples to justify a generalization,” he said. “That’s actually the definition of bigotry.”

Four days later, Maher returned to his program with Sam Harris, the religious critic, and the two got into a shouting match with actor Ben Affleck and New York Times columnist Nicholas Kristof over whether violence, intolerance, subjugation of women, etc. were inherent to Islam. Midway through the debate, Harris said “Islam at the moment is the motherlode of bad ideas.” Maher concurred: “That’s just a fact.” Affleck, visibly repulsed and stupefied, only sighed: “Jesus Christ.”“* Cenk Uygur, John Iadarola (TYT University), CJ Werleman (Salon/Alternet, Author: Crucifying America) and Wes Clark Jr break it down.”

The Young Turks: “Is Sam Harris As Dangerous As Sarah Palin?”