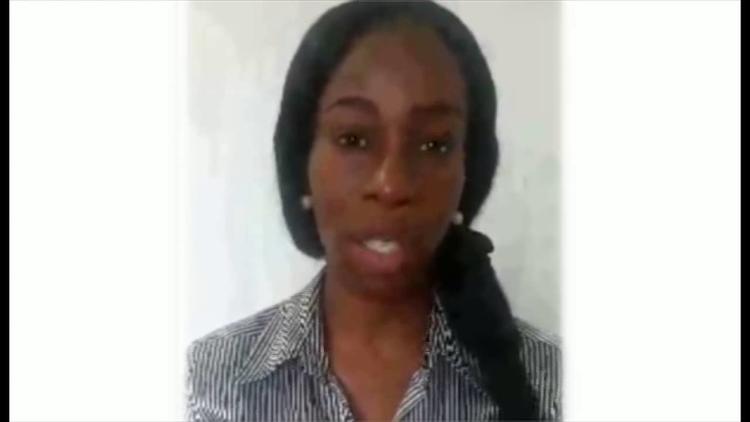 NEW YORK, 17 October 2014 (IRIN) – Africans living in the US from the three Ebola-affected countries of Liberia, Guinea and Sierra Leone, are under enormous pressure trying to help their families and ravaged communities back home. And they face an additional challenge: stigma.

For the residents of “Little Liberia”, one of Liberia’s biggest emigrant communities in Staten Island, New York, the path to integration has been strewn with hurdles. Many of the several thousand residents came decades ago as refugees from the civil war in Liberia. Eking out a living, attaining resident status, integrating with at times unfriendly neighbors and, in recent months, helping those families hard hit by Ebola at home, has been an uphill battle.

But when Thomas Eric Duncan, a Liberian, was diagnosed with Ebola in a Dallas hospital last month, “all hell broke loose here,” Oretha Bestman-Yates, president of the Staten Island Liberian Community, told IRIN.

When news that Bestman-Yates had travelled to Liberia in July reached her hospital employer she was told to put herself in quarantine. But even after the 21-day period elapsed on 5 August, she says she has still not been allowed to return to work.

“You bought Ebola to the US!”

Now she spends her days trying to help residents who are not only battling with the loss of family and friends in Liberia but are struggling to make ends meet here at home. “People try to avoid you, pull away from you. I’ve had people tell me, ‘We brought Ebola to the United States,’” she says. Many of the Staten Island Liberians are employed in hospitals and nursing homes and are being told not to touch patients. “Parents are telling their children to stay away from our children at school,” she said.

As news broke that two of the nurses who cared for Duncan, who died on 8 October, had contracted Ebola, panic began to sweep through the American public. The news that one of the nurses, Amber Vinson, had flown on a domestic flight shortly before coming down with the disease, galvanized fears of an outbreak.

Now there seems a growing perception that anyone of African descent may be carrying Ebola. And whether that person visited any of the affected countries recently appears to be of little relevance.

Two Nigerian students were refused admission to Navarro College in Texas, because of a new college policy denying entry to students from countries affected by Ebola – even though Nigeria successfully brought its small outbreak under control. An airplane bound for Nigeria was grounded at JFK yesterday because staff refused to clean it. Furthermore, parents from a school in Jackson, Mississippi, withdrew their children from school when it was revealed that the principal had recently travelled to Zambia – in southern Africa.

“In a navel-gazing society, where West Africa is a vague and homogenous region and where the whole continent is usually spoken about as if it is one country, there is little nuanced understanding in the general population about exactly where the disease is located – not to mention how it is spread,” says Bobby Digi, a local activist from Staten Island. “There is not a lot of knowledge in the US about Africa – let alone West Africa. They are painting the whole area with a very broad brush.”

Digi says Liberians have struggled for decades to be accepted on Staten Island where there have been long-standing tensions with the community, including with local African Americans, who fear losing their jobs. Liberians feel a sense of shame, he said, that Duncan died in the country where they now live. Although the NYC health department is conducting awareness campaigns to educate the public and eradicate stigma, Digi slated the department for not knowing how to access the Liberian population. “They didn’t have basic statistics. They were picking my brain. I was floored by that,” he said.

In Dallas, where Duncan died and where there is also a large Liberian community, stigma against Liberians is clearly on the increase. Alben Tarty, communications director for the Liberian Community Association of Dallas-Fort Worth, told IRIN he had minutes ago spoken to relatives of Duncan’s fiancée, Louise Troh, who had just been given clearance to join the community again. “When they came out of the house they were referred to as the Ebola people, children must keep away from them, someone literally ran from them. They are fearful of going back to work next week,” he said.

Tarty, who has been living in the US for 12 years and whose doctor friend died in Monrovia last week, says there are strong perceptions in the Liberian community that Duncan was mistreated by the hospital there to discourage other Liberians from travelling to the US to seek treatment.

“This is not a West African problem. It’s a global problem and we have to fight it with education.”
A man with no health insurance or social security number, Duncan was given second-rate treatment in a country with one of the world’s best health care systems, Tarty said, adding: “There are so many things happening that are making the Liberian community very angry.”

However, Tarty described the Liberian community in Dallas as “formidable”. “We are a very strong community.” Enormous resources had been raised to help affected families and healthcare workers back home, he said.

Tarty said he hoped stigma was unique to individuals and not organizations and employers. Lots of people – including Liberians – “don’t understand how the virus is transmitted,” he said, adding that Liberians were stigmatizing each other too. “We can’t blame those who don’t understand how the virus is transmitted. If Liberians are still confused then we can expect the greater community to be even more confused.”

Anecdotally, the evidence of stigma in other parts of New York City – not just Staten Island – is mounting. From elevators, to subways to school playgrounds, comments are being made. When a person of African descent sneezes, the retort is, “I hope you don’t have Ebola”, said Charles Cooper, chairman of the Bronx African Council, which looks after the interests of the roughly 80,000 Bronx residents originally from the three affected countries and around 200,000 immigrants from the continent as a whole.

Cooper, who last visited family and friends in Liberia a year ago, says the community is already struggling to get finances for affected families back home. Furthermore, those making a living here from products sourced there, are no longer able to get the supplies, given closed borders and the collapsing economies of Liberia and Sierra Leone. Another stress they don’t need is a new form of discrimination from their neighbors.

“It plays into existing stigma,” he said. “Unfortunately it’s not something that’s going to be short-lived. It will continue for a while since the Ebola virus is not going to be eradicated any time soon.” But “there is a level of hysteria that needs to be counter-acted,” he said. “Ever since the inception of Ebola we’ve been working together and focusing on the African community and prevention countrywide.”

On the political stage, the same hysteria is playing out, with Republicans accusing President Barack Obama of mishandling the crisis and calling for travel bans to and from the three affected countries. Right-wing commentators are also having a field day. Said prominent conservative pundit Phyllis Schlafly: “The idea that anybody can just walk in and carry this disease with them is an outrage, and it is Obama’s fault because he’s responsible for doing it.”

She said Obama didn’t want America to “believe that we’re exceptional. He wants us to be just like everybody else, and if Africa is suffering from Ebola we ought to join the group and be suffering from it too.”

Bestman-Yates said that although stigma on Staten Island was “getting worse, we are trying our best to educate people.” Asked whether she believed things could turn violent, she said, “I hope not,” adding however that a man screamed at her when she was being interviewed recently by a television crew. Situations like this make her worry about the “Stop Ebola” pin she wears, though she continues to wear it. “We want people to know about it. This is not a West African problem. It’s a global problem and we have to fight it with education.”