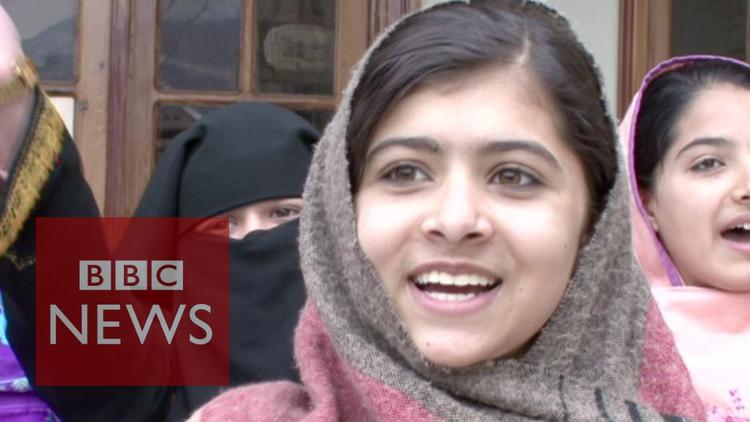 Malala Yousafzai has become the youngest winner of the Nobel Peace Prize in history, sharing it this year with India’s Kailash Satyarthi, a children’s rights activist.

Ms. Yousafzai, from Pakistan’s picturesque Swat Valley, was shot in the head by a member of the Tehrik-i Taliban Pakistan (TTP or Pakistani Taliban Movement) two years ago this month for standing up for girls’ education.

There is always a danger that in honoring a figure like Malala Yousafzai, the world will drown out her more challenging views. Martin Luther King, Jr. is now mainly lauded for his “I have a Dream” speech but his socialism, anti-imperialism, and opposition to the Vietnam War is little remembered. Likewise, Lila Abu-Lughod has warned against the use of Ms. Yousafzai by powerful white men as a symbol whereby they can pose as champions of Muslim women against Muslim men– an argument first made powerfully in a another context by Gayatri Spivak The real Malala Yousafzai is harder to deploy for those purposes than is Malala the symbol.

Islamophobes who use her story as an indictment of the religion of Islam have another think coming. She credits her religion with inspiring her values, the values that made here a nobelist: “What the terrorists are doing is against Islam because Islam is a religion of peace. It tells us about equality, it tells us about brotherhood, it tells us about love and friendship and peace, that we should – we should be nice and kind to each other.”

It should be remembered that Ms. Yousafzai told Barack Obama off about his drone strikes in the Federally Administered Tribal Area (FATA) of northwest Pakistan. She said of her meeting with the US president, “I also expressed my concerns that drone attacks are fueling terrorism… Innocent victims are killed in these acts, and they lead to resentment among the Pakistani people. If we refocus efforts on education it will make a big impact.”

She appears to oppose military action against the Taliban: ‘If you hit a Talib with your shoe, then there would be no difference between you and the Talib. You must not treat others with cruelty and that much harshly, you must fight others but through peace and through dialogue and through education.’

She approvingly quoted her father as criticizing novelist Salman Rushdie for his book Satannic Verses, but as standing for freedom of speech for such authors. Her remarks caused her book to be banned in many Pakistani private schools, angering the country’s fundamentalists. She also criticized the denial of rights to Pakistan’s Ahmadi minority.

Honoring someone with the bravery and resiliency and ethical intelligence of a Malala Yousafzai is easy. Taking her more challenging positions seriously and engaging with them is much more difficult.