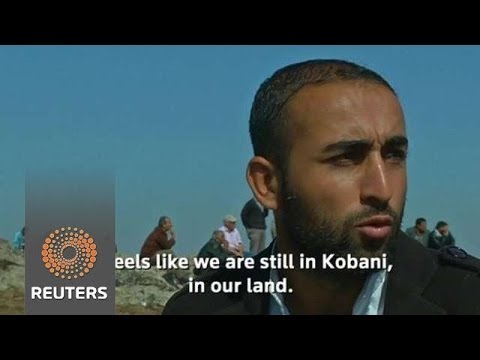 Al-Manar reports that the legislature of the Iraqi Kurdistan Regional Government (a super-province of Iraq) has voted to send Kurdistan forces to the Syrian Kurdish city of Kobane to help it fight off a concerted attack by ISIL. The vote opens the way for Iraqi Kurdistan to intervene in the Syrian civil war. Turkey is alleged to have agreed to let the Peshmerga cross Turkish territory which is quite remarkable.

I am linking to the al-Manar article on all this because it is the organ in Lebanon of Hizbullah, the Shiite party-militia that has also intervened in the Syrian civil war, on the side of the government of Bashar al-Assad.

One of the peculiarities of Syria is that it is seeing paramilitaries of sub-state governments getting involved in its war.

Does this development tell us something about the contemporary Middle East? In global law since the Peace of Westphalia, states are supposed to rule specific territories and to be inviolable in those territories. Max Weber, writing in the early 20th century, saw the state as having a monopoly on the use of force.

But in Lebanon the government and its military are dominant only at the national level, whereas Hizbullah is recognized as the national guard of the south of the country (to forestall further Israeli occupations.) Hizbullah intervened in Syria at Qusayr, without any consent from the Lebanese government.

Likewise, the Iraqi constitution recognizes Kurdistan as nearly autonomous (but not quite). It has its own armed forces, the Peshmerga, and it forbids central Iraqi government troops from setting foot on the soil of Kurdistan. Now the Kurdistan paramilitary plans to fight in a hot war in a neighboring country, with no authorization from the Iraqi government.

Moreover, there are multiple layers of governance in Syria itself, such that these sub-state interventions are even possible.

It would be like Montana sending National Guard units over into Canada to stop a feud there.

National sovereignty is severely challenged in the region today, with semi-autonomous regions and even political entities fighting in other countries’ civil conflicts.