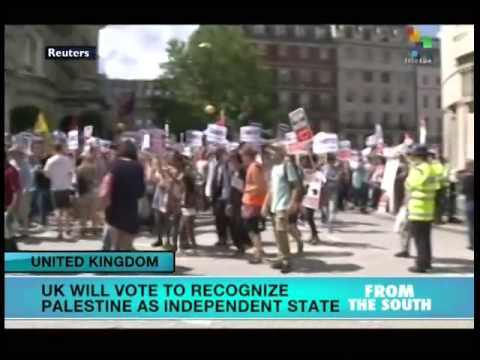 363 Israeli public figures have signed a letter to the Members of the British Parliament, calling upon them to vote in favor of British recognition of a Palestinian State, to be created side-by-side with Israel.

The letter was handed on Sunday noon to representatives of the British MP’s supporting the motion, due to be voted tomorrow (Monday). The Israeli letter was initiated by Dr. Alon Liel, former Director-General of the Israeli Foreign Ministry; Prof. Amiram Goldblum, a founder of the Peace Now movement; and Yehuda Shaul of “Breaking the Silence”.

The letter reads: “We, Israelis who worry and care for the well-being of the state of Israel, believe that the long-term existence and security of Israel depends on the long-term existence and security of a Palestinian state. For this reason we, the undersigned, urge members of the UK Parliament to vote in favor of the motion to be debated on Monday 13th October 2014, calling on the British Government to recognize the State of Palestine alongside the State of Israel “.

Professor Rafi Walden, Deputy Ditector of the Shiba Hospital and Chair of “Physicians for Human Rights”

As well as many residents of Gaza border communities and other peace and social rights activists.